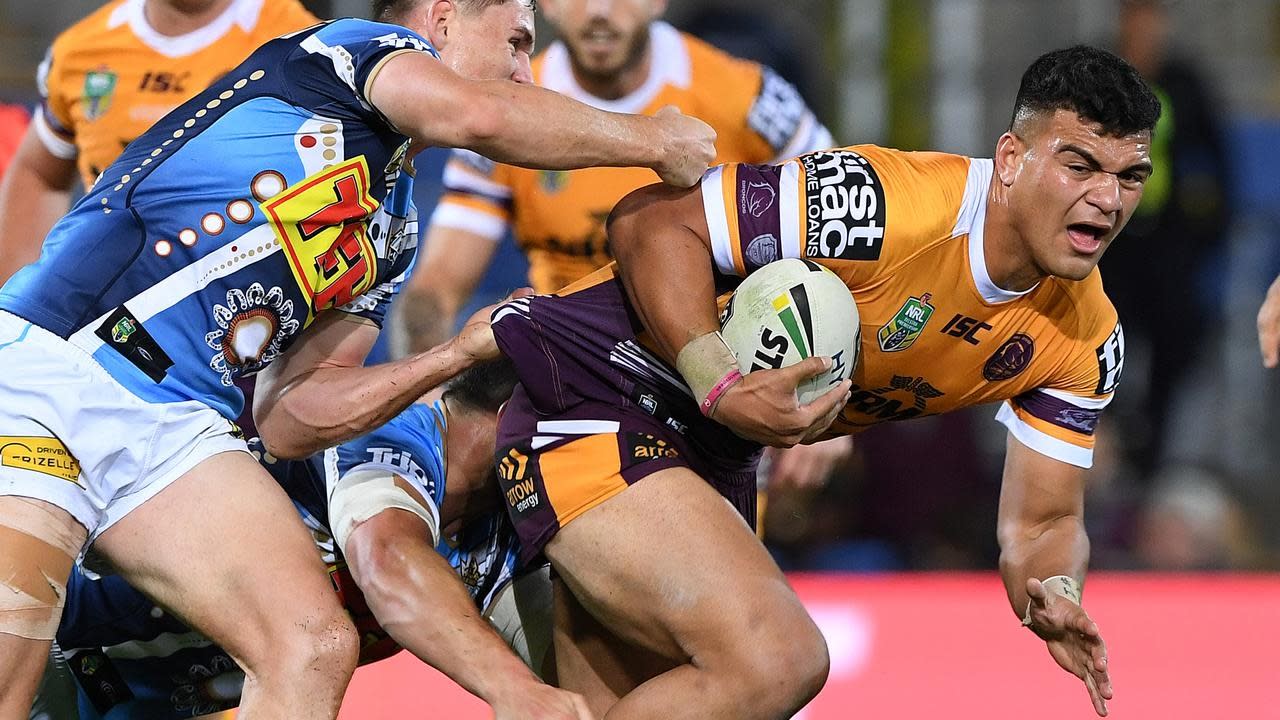 Rampaging Brisbane back-rower David Fifita ($501,900) should be heavily in the sights of every serious SuperCoach player to begin the year.

A major key to success is identifying players that will make cash, and while cheapies are the obvious answer, it can be far more difficult identifying higher priced players that can enhance team value and provide reliable points.

While there’s no such thing as certainties in SuperCoach, Fifita fits the criteria to tick both of these boxes.

But if we break down the stats they tell a completely different story.

In his first 11 games of the season he was given on average 37.6MPG by coach Anthony Seibold.

He would then go on to play the full 80-minutes in his final eight games.

During this time Fifita averaged 77PPG including monster efforts of 121 and 116 in Rounds 23 and 24. In those two Rounds he amassed a stunning 31 tackle breaks.

He scored at just below 1 point per minute last season so this figure complements the projected stats for 2020.

The same average in the new season would see him rise to approximately $715k, which would put his starting price at around a $215k discount.

During this period of eight games Fifita had: Four tries, eight linebreaks and 58 tackle busts.

Some would fairly argue that these numbers won’t be matched, others would say it’s only the tip of the iceberg for this budding young star.

Now there’s every chance Fifita won’t hit those same heights immediately, but assuming he’s given an 80-minute role there’s no major reason why he can’t produce similar output given his domination to end 2019.

He’ll turn just 20-years-old in February and has as much potential as almost any young player in the competition.