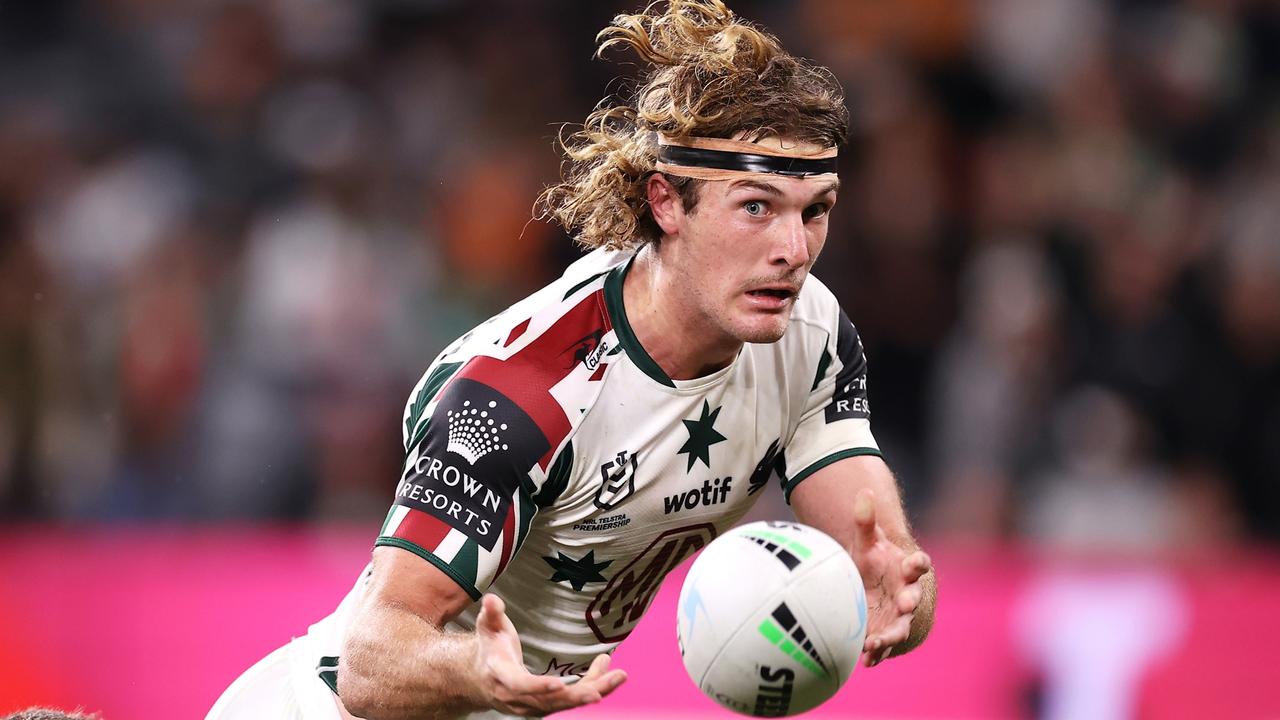 So last week was ‘revenge of the NPRs’!

I’m not phased by this. There’s always a degree of luck/variability in selections and it’s good to see a bit more cash generation from the bench. It also solidifies a few play options for this week.

Below are my thoughts for this week, with plays listed in priority order. Thanks as always to the legendary nrlsupercoachstats.com, whose website I’ve utilised for position vs team analysis and various stats breakdowns.

A general note to keep an eye on the weather leading into the round and across the weekend. For rain-affected matches I’d slightly favour forwards over backs.

Same as last week, no need to get cute here. Lock in the Panthers’ young guns vs the Knights.

Kiraz’s base stats increased significantly last round, coinciding with a move to centre. I’m keen on him as a play this week, If we get mail that he’ll play the same position. If not, I’d bump him down a few spots.

Butcher played 80 mins at Lock last week after 40 mins the week before. I think the bigger minutes will be more likely moving forward, so I’m pretty high on him this round.

Max King based 64 in 57 minutes last week… beast! He has a 3-round average of 63 and looks like a safe play. There is potential that Pangai takes more minutes off him, however, I expect this to have minimal impact.

Suaalii I also like against the out-of-form Eels. I have him above Penisini, who will be safe as usual thanks to his high floor.

I imagine Arrow will continue to be safe for 50ish points. However, I’d prefer the likes of Savage as more of an upside pick.

Haas I have way down the rankings based on the niggling injuries and tough matchup. I’d probably play him over someone like Randall, who played 80 mins last week, but has been hard to catch all season.

Mam is also down the rankings based on matchup and another change in halves’ partner.

Josh King’s output has fallen off lately, so I’d avoid. Ilias has a nice matchup, but I still wouldn’t play based on his past output.

Tuipolotu, Koula & TMM are all sits in my view, based on tough matchups.