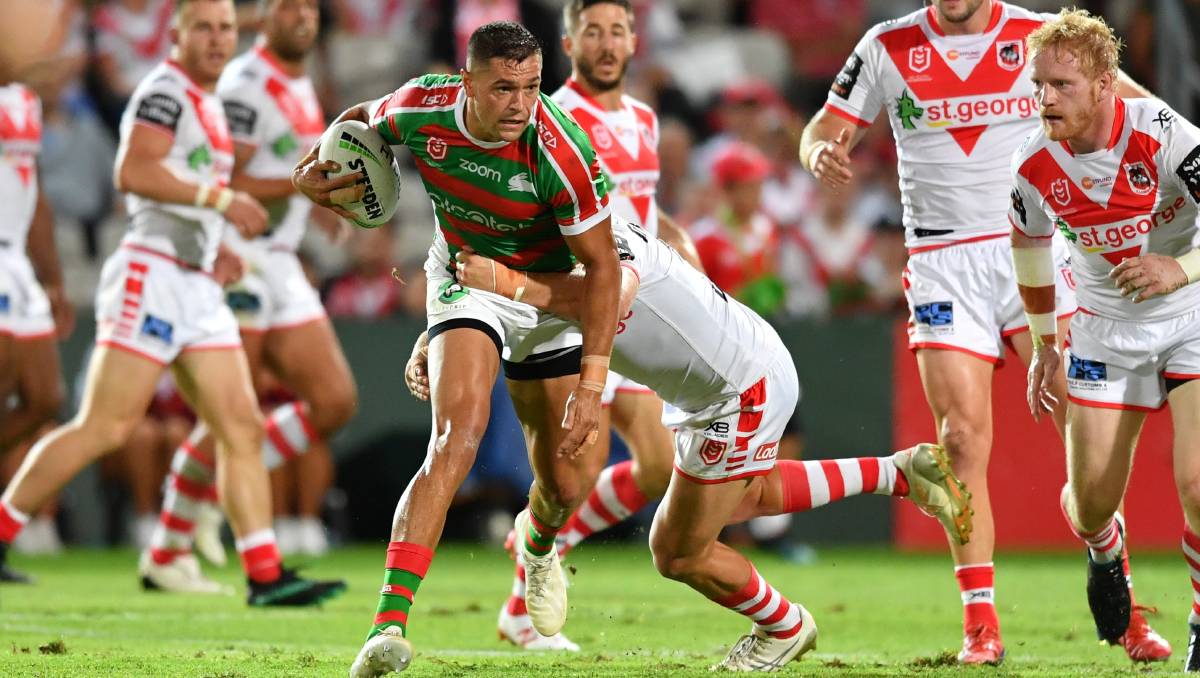 The NRL Perth Nines is set to launch the 2020 season in electric fashion.

Each club has sent vastly different squads to Western Australia for the shortened format.

While we shouldn’t be reading too much at all into player selections, there’s plenty we can keep an eye out for over the course of the weekend in regards to SuperCoach relevance.

Players with lingering injuries will front up, a stack of potential Round 1 cheapies will press their first-grade claims, while a host of other SuperCoach potentials need only a strong tournament to ease our concerns.

Here are the five key SuperCoach factors to keep an eye out for over the weekend.

Perhaps the most integral SuperCoach insight we’ll get on the weekend will be the fitness and agility of Shaun Johnson and Anthony Milford.

Fortunately both men have been named for their respective sides, with both set to figure in a high number of SuperCoach sides in Round 1.

For Johnson, it’s his growing injury history that has prospective owners cautious of rolling the dice on the enigmatic playmaker.

If he carves up his opposition – primarily through an abundance of fleet-flooted runs – expect his ownership to surge.

If he appears off the pace and hesitant to run, red flags will be waving for those previously interested in his services.

For Milford, we simply want to see him back to his old self.

Broncos assistant Kurt Richards said during the week that Milford was ‘the fittest he’s been since joining the club’.

It shouldn’t take much to determine whether he’s telling the truth or not.

If he’s trimmed any potential excess weight and looks nimble on his feet, his talent is enough to shred his opponents in Perth, here’s hoping.

A number of stars will kit up for the tournament having played through much of 2019 with niggling injuries.

The fact they’ve been named is enormous already, as any sane coach wouldn’t consider sending their players west if underdone.

In this category we have the likes of Jai Arrow, Braidon Burns, Api Koroisau and Josh Mansour to name a few.

All are players with serious SuperCoach credentials, but past injury naturally places plenty of doubt in the minds of those interested.

If they look up to full fitness it’ll take plenty of stress out of the decision to start them in Round 1.

It doesn’t take a SuperCoach guru to acknowledge the opportunity at hand for the plethora of potential cheapies at the Nines.

Realistically, the nature of Nines football is so vastly different to the rigours of an NRL game that the weekend won’t have significant impact on a coach’s decision on their rookies.

But that’s not to say the players themselves can’t enhance, or more likely hurt their chances.

For the up-and-coming brigade, it’s more about seeing them handle the defensive tests of taking on older, more mature opposition in a serious game scenario.

If they achieve this, with the addition of some standout attacking movements to boot, hopefully they can increase their chances of a Round 1 berth.

There are plenty of semi-established NRL players – mainly finding themselves in the mid-range SuperCoach price bracket – who can only help their chances at an increased role for Round 1.

Players who may be vying for a starting role, the full 80-minutes, or a return to the top grade.

Aside from Lee who is eyeing a return to the NRL since his arrival at Melbourne, each player is looking for more game time in 2020.

Again, the Nines isn’t going to completely change a coach’s mind one way or the other on a player.

A trial match will have far more significant an impact.

Nonetheless, it still presents an opportunity for these players to put their hand up and prove they’re ready for an increased role this season.

THE RETURN OF GOD

The Nines will welcome back a host of retired stars, including the likes of Kurt Gidley, Pat Richards, Michael Gordon and Andrew Ryan.

But the one SuperCoaches are all waiting for is the return of God, or more commonly known as Corey Parker.

CP13 is arguably the greatest SuperCoach player of all-time.

His return to action is sure to stir up some nostalgia for experienced SuperCoach campaigners.

The sight of him making tackle after tackle, taking three hit-ups a set and freeing the arm to offload will be glorious.

It’d be icing on the cake to see him given a few shots at goal, even if it is a drop kick in the Nines format.

One Response to “Perth Nines: SuperCoach factors to watch out for”