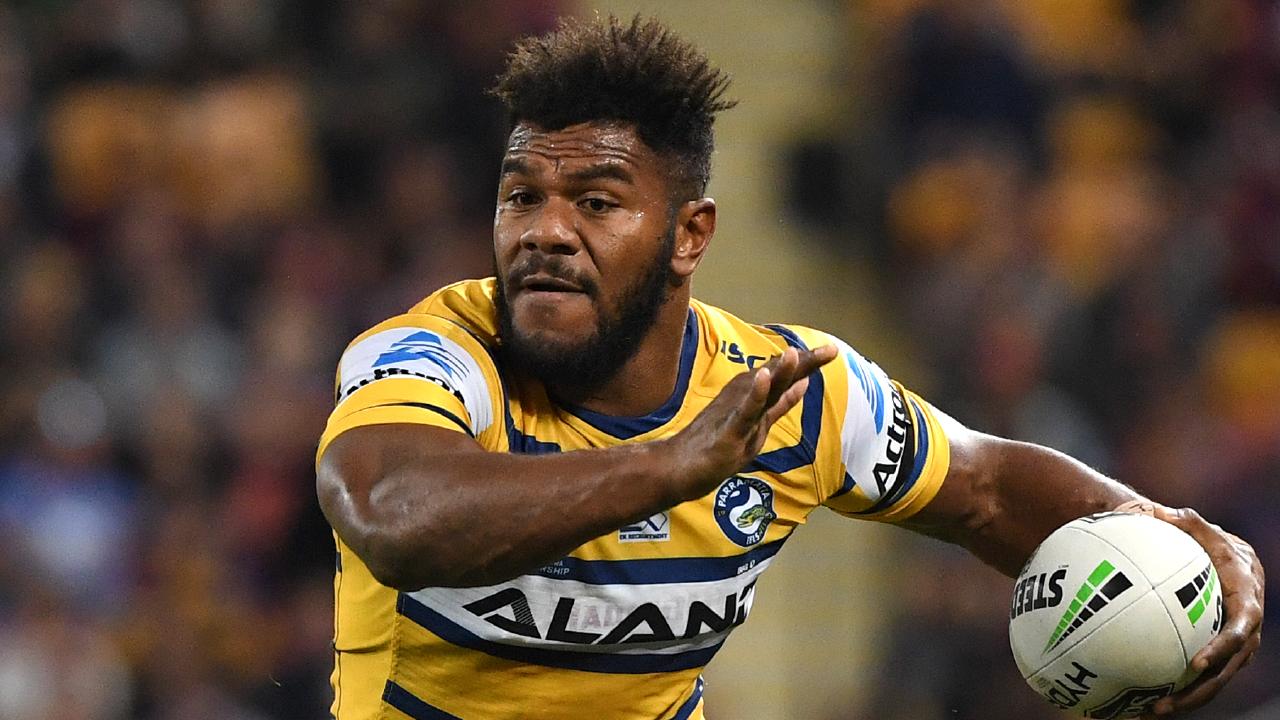 Captain’s Challenge: Who to skipper in Round 20?

Strategy Playbook: Who to sit/start in Round 20?

Here’s how we think Parramatta will line up and whether or not it’s worth investing in their squad to kick-off the season.

After a tough few seasons upon arrival at Parramatta, Evans finally returned to consistent first-grade action in 2019. Evans actually had a PPM of a very impressive 1.14 last season in line with a career average of well over 1.0 PPM, but with limited minutes in the pack he isn’t SuperCoach relevant.

Alvaro is a PPM beast, with his recent averages across the past five seasons sitting at: 1.1, 1.2, 1.23, 1.14 and 1.48. Unfortunately, it’s hard to see him significantly increasing his 36MPG average from last season so he’s an avoid for now.

It’ll be interesting to see what role and for how many minutes Niukore is utilised by Brad Arthur this season with Matterson’s arrival. He’ll play less than his 56MPG in 2019, so he’s an obvious avoid to begin the year. However, if injuries strike in the back-row and minutes open up he could be available at a heavily reduced rate at some stage of the season, ideally around the Origin period.

Kaufusi looks set to earn a bench spot, but may struggle to find minutes in the stacked Eels pack.

Mahoney impressed in 2019 with a respectable average of 52PPG. While he can notch the odd attacking stat, he’s primarily a base stat reliant hooking option and therefore lacks appeal.

The rake averaged a likeable 45BPG in 72MPG but lacks the attacking upside to come into calculations. Damien Cook is a must-have, while Cameron McInnes and Cameron Smith are far better premium options for an additional $140-190k.

Paulo had a breakout SuperCoach season on his return to Parramatta with an average of 58PPG in 53MPG. Due to this, he starts at a fairly unappealing price and with the Eels signing Reagan Campbell-Gillard it’s hard to see his minutes improving (although he is capable of notching increased game time).

He’s a no-go to begin the year, but with fairly weak SuperCoach front-row stocks he’s one to keep an eye on, particularly over the Origin period.

A club switch always produces SuperCoach intrigue, but RCG won’t enter calculations despite his switch to the blue and gold. He’s averaged between 47-52MPG over the past three seasons for averages of 45-48PPG. With a strong forward pack at Parramatta he’s highly unlikely to increase game time and therefore SuperCoach output.

The Lane Train always has plenty of SuperCoach appeal but can’t quite crack into the elite second-row category. He plays big minutes, has enormous attacking upside and decent base stats (43BPG in 2019). However you get the feeling he’ll always be just a notch below the elite players in the game.

His ability to find the line and create makes him a great POD at all times, but he’s fairly accurately priced at $519k. Ryan Matterson’s arrival creates a bit of a back-row log jam alongside Lane, Niukore and Brown (lock), further hurting Lane’s appeal. He’ll come into consideration throughout the year, but there’s better options to start the season.

The previously mentioned back-row log jam at the Eels won’t help new recruit Matterson, but with his serious talent and versatility it’s hard to see him not playing an 80-minute role. His ability to shift to lock and play in the middle of the park shouldn’t see him lose too much game time if any. Unlike Lane, Matterson is in the elite back-row options in SuperCoach, but it’s a stacked field.

Averaging 76 minutes last season, Matterson failed to score below 50 and also cracked two tons. He now moves to a club with far superior attacking upside to the Tigers and will run off Moses all year round (think about how that faired for Manu Ma’u). The combination will take time to gel, but the appeal to start with Matto is very high if you can squeeze him in.

As a result of persistent injury, Brown is fast becoming the SuperCoach star that never was. A little dour, yes, but every time he makes his way into SuperCoach sides he gets injured. Brown has managed 26 games in the past two seasons. Brown averaged 50 in base stats last season and 55 in base the year prior, meaning attacking stats elude him.

He’ll forever be on the radar of coaches, but with the arrivals of RCG and Matterson it’s hard to see his game time returning to 65+ minutes barring injuries to teammates. Matterson, Lane and Niukore can all spend time in the middle meaning Brown likely gets a decent spell. Avoid for Round 1, and let’s reassess drastically if the extended game time arrives.

Halfback will be a tough position to nail early in the year and will have major ramifications on the overall race. Moses finally shed his rollercoaster tag to produce a season average of 62PPG in 2019. He knocked out three triple figure scores, and notched just three scores under 30 for the year. While his base of just 19PPG is hard to come by, his high-octane style of play and ability to find attacking stats is difficult to ignore.

Origin selection is a concern with James Maloney’s departure to the UK, but his main SuperCoach halfback rivals of Nathan Cleary and Daly Cherry-Evans will certainly be in state colours making it largely irrelevant. Furthermore, Luke Keary surely gets first crack at the five-eighth role. Shaun Johnson remains a weapon, but can we trust his rusting body? You won’t go too far wrong with the Eels No. 7.

A fully fit and more mature Brown can improve on his season average of 46PPG last year, but with his awkward price tag he’s not exactly a mid-range POD. He’ll play second fiddle to Mitch Moses making any SuperCoach upside this season hard to discover.

The 31-year-old hasn’t been SuperCoach relevant for a number of years, if ever, and it won’t change in 2020.

Blake will find his way into a reasonable number of sides to start the year, but it’s hard to see it being a risk worth taking. Blake is priced at a season average of 41.6PPG, so you’d expect somewhat of an improvement and therefore a decent price rise. On face value he has a SuperCoach friendly game with size, speed and tackle busting ability, but it’s a bit of an illusion.

He’s awkwardly priced, and it’s fair to say tempted coaches are hanging on to his 59PPG average in 2018 that appears an outlier. Blake’s averages prior to that were: 41, 42 and 36, so history would suggest he’s an avoid at least until before Round 3 price rises occur giving us a better look at how he’s come through pre-season.

Most coaches opt to run predominantly with cheapies over guns at CTW early in the season, as the opportunity for attacking stats at base price is more appealing than say a bench forward cheapie with limited game time. On the counter, it heightens the appeal of the out and out guns in the position. Sivo averaged 59PPG in his debut season with a respectable base of 26PPG.

He cracked 90+ points on five occasions, and showed his ceiling with a 152 point haul to end the season. Sivo notched six scores under 30 last season, due to this and his hefty price and the fear of second-year rookie syndrome he’s probably an avoid, but certainly worth a look for POD hunters. The Eels open the year against the Bulldogs, Titans and Cowboys, tempting…

Fergy Ferg had a decent season last year with an average of 54PPG and is relatively tempting with Parramatta’s friendly start to the season. The biggest concern is that his base stats dropped from 36BPG in 2018 to 29BPG in 2019. Like Blake, you could argue his 2018 season average of 65PPG was an outlier, with his seasons prior being: 49, 51 and 50.

The Eels scored the third most points of any side last season, and their strong recruitment drive suggests they should be thereabouts again this year. With CTW looking difficult this season, the reliability of Fergo and attacking upside of Parramatta appears tempting. Origin selection will also loom mid-year, but hopefully Nick Cotric retains the spot he lost through injury after game one.

Unfortunately, King Gutho has rightfully lost his dual position status as FLB-CTW, meaning he’s unlikely to feature among a stacked fullback position this season. With a reasonable base of 26BPG and decent upside (three scores over 90+), some may be tempted to run Gutherson as a POD, but it’s a hard case to make. Throw in his place in the Blues extended squad in 2019 and he becomes even less appealing.