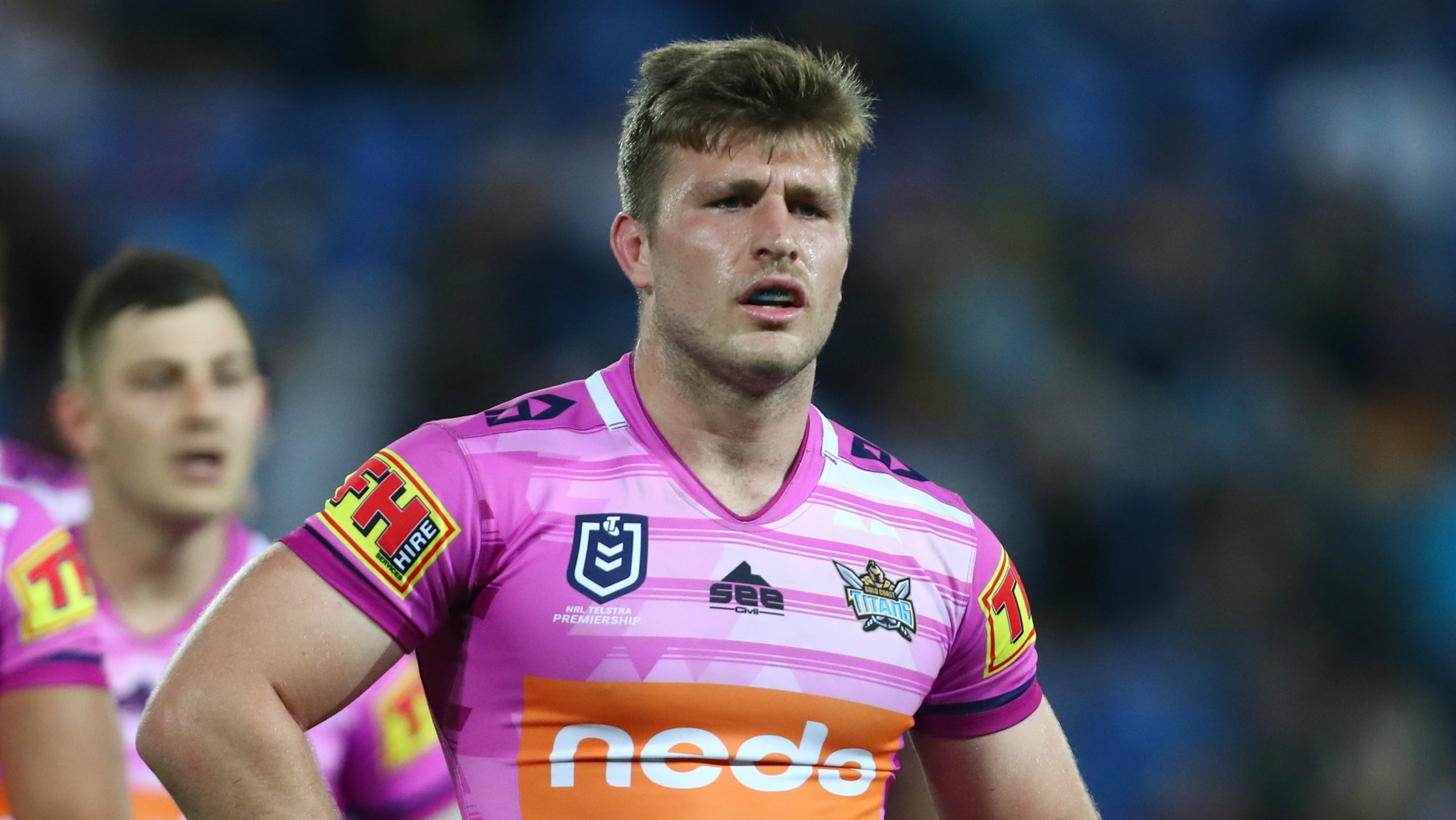 Gold Coast have started the season poorly, but with that comes enhanced potential to discover SuperCoach PODs avoided by the sceptics.

Another unfortunate injury setback for AJ Brimson will see Sami retain his fullback role. He has serious SuperCoach potential while wearing the No.1, but he’s limited by the attacking capabilities of those around him. In Round 1 against Canberra he was exceptional from an SC perspective. He had 18 runs, busted nine tackles and offloaded three times.

The problem with his credentials was highlighted in Round 2 where he managed just 19 points as a result of a belting by the Eels. The stop-start game, and very limited attacking opportunity for the Titans, gave Sami minimal opportunity to accumulate stats. He’s not one for now, but if the Titans get their act together he’s worth considering down the track.

Is Don is not that good at SuperCoach. Pass.

Kallum Watkins was the first major casualty of the postponed season, although his likely return to the Super League was likely to have eventuated anyway. It’s a tough pill to swallow for owners, but realistically it’s not much different to a season-ending injury, so suck it up and move on. I was unconvinced at his money-making potential anyway. Returning from a Mormon mission to join the Titans, Young Tonumaipea will likely fill this vacancy in coming rounds.

I just think he may need time to return his body to the rigours of the NRL. Tyrone Peachey is probably the man to shift to centre until that stage. While he’s always tempting, he can’t be considered with his versatility causing too much instability in his SuperCoach output. However, current owners can hold for a few more weeks provided he’s playing 80 minutes.

Kelly is vaccinated and ready to rock. Despite playing in a rubbish side last season, Kelly had a strong SuperCoach year in 2019, meaning he was highly priced in 2020. He hasn’t matched his feats and is set for a big price drop. Pass for now, reassess later if the Titans find their attacking mojo.

Taylor has had an okay start to his SuperCoach season and sits with a negative breakeven. On numbers alone he warrants consideration, but there’s much more to SuperCoach than just numbers. He’s looked reasonable with ball in hand, setting up two tries and recording a linebreak in the opening two rounds.

Unfortunately he’s looking fragile in defence, which isn’t helped by being placed next to Bryce Cartwright. The fact the Titans are looking ordinary means it’s hard to consider Taylor. There’s also going to be job security issues lingering at all times until he resolves his defensive woes.

$516k is an enormous price to pay for Wallace. Pass.

While he’s averaging a decent 64MPG, Rein won’t enter any discussions until Nathan Peats drops off the bench.

Lisone has seen a substantial jump in minutes at his new club from 21MPG in 2019 to 45MPG in 2020. As we see with many big boppers though, his output has dropped significantly with his rise in time from 1.12PPM to 0.83PPM. I’m not sure he’ll maintain those minutes and therefore looks a risk for mine. In previous years he’d be a nice slow-burning cash-cow, but with the revised season it’s all about quick cash grabs.

Cartwright may shift to the bench for Round 3, opening up a potential starting role for the returning Keegan Hipgrave. Despite averaging 80MPG thus far, Cartwright hasn’t capitalised on the minutes. Pass.

Proctor will return from injury in place of Tyrone Peachey in the back-row. Proctor has never really been SuperCoach relevant and won’t break into the elite 2RF group this year.

Yes it’s only relatively early in his career, but Arrow is fast becoming the SuperCoach player that can’t seem to ever hit his lofty expectations. It’s not through any fault of his own, he just continually strikes bad luck when it comes to his SuperCoach output, generally it’s injury. We know he can be absolutely elite, it’d just be nice to see it all come together for an extended period.

The postponed Origin series will do wonders for Arrow, along with his move to South Sydney in 2021, as there’s very minimal reason for Justin Holbrook to rest his star player. The Titans forward pack are average at best, particularly in the absence of Ryan James, so I can only see Arrow playing big minutes on return. He was reportedly ill in Round 1 and played limited minutes. In Round 2 he played the entire 80, and while he only scored 56 points, the signs are promising.

If he were in any other position there’d be minimal concern, but Arrow’s services in the 2RF position will likely mean bypassing a star such as Taumalolo or Matterson. If he maintains 65+ minutes and stays free of injury he’ll be a must-have, simple as that. Owners should certainly hold, while prospective owners can watch for a few weeks to see how he returns.