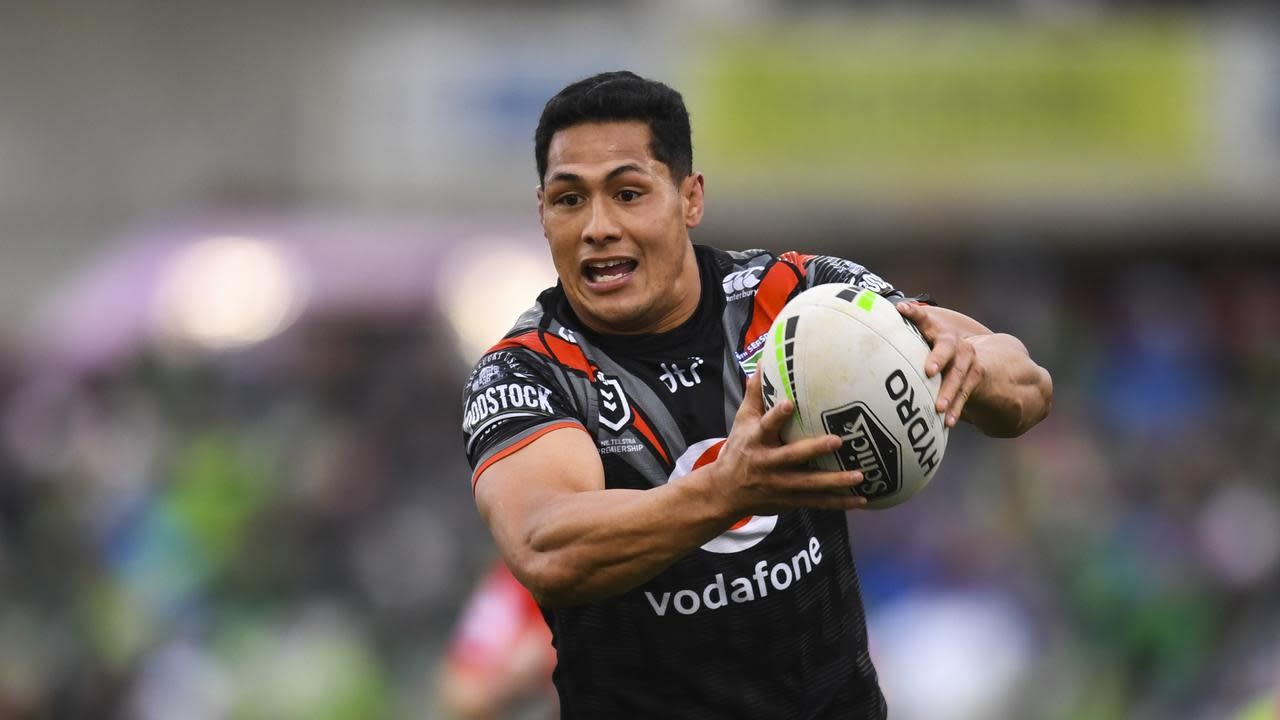 It’s been a tough opening to the 2020 season for the Warriors, yet they possess two of the best cheapies in SuperCoach.

Despite being a stellar SuperCoach player, I’m not convinced he’s in the same class as Tedesco and Trbojevic. His 34BPG in the opening rounds shows that he’ll rarely have a bad score, but he doesn’t have the ceiling of his elite opposition.

This largely comes down to the fact that he’s playing in a Warriors outfit who are struggling to find any attacking cohesion. He’ll likely become a decent POD at some stage of the season, but the Warriors will have to click into gear to make him an alternative to the key fullbacks in SuperCoach.

After a breakout season in 2019 where he averaged 60PPG, Maumalo hasn’t been able to match his feats this year. Along with a swag full of tries, it was his immense base that made him such a viable option at CTW last season.

In two games this year he’s regressed to just 20BPG. In a struggling attacking outfit he’s limited in his scoring, but he’ll be one to keep an eye on if the men around him click into gear.

A shift to centre hasn’t helped Fusitu’a thus far in 2020. Base stats have never been his greatest attribute, so we’ll need to see plenty more before jumping on as a potential cash-cow.

Herbert has SuperCoach potential, but it’s been a slow start to 2020 for the centre. He’s likely the reserve goal-kicker to Harris-Tevita, so he’s one to watch should the duties fall his way.

Pompey has played just the one game so far against tough opposition in the Raiders. He underwhelmed in that outing, but he does present some appeal at his price. While he’s not one for Round 3, if he can jag a decent score he’ll have a negative breakeven the following week and may warrant some consideration.

There are far superior halves option than Green.

There was some hype around CHT as a mid-ranger in the pre-season, but he’s managed just 18PPG thus far. There may be a few decent scores around the corner, particularly while goal-kicking, but the mediocre outings make him difficult to own.

Leeson Ah Mau ruptured his pec and will miss up to four months of action. This will hopefully open up a starting role for impressive rookie Taunoa-Brown. JTB has averaged 40MPG in the opening weeks, with an impressive 41BPG. The injury to Ah Mau, as well as Jazz Tevaga who won’t be available for an extended period, may mean a 45-50 minute role for JTB.

Ah Mau was currently averaging 47MPG, so there’s a hefty chunk to fill. With a -29 breakeven there’s an enormous amount of cash to be made. Even if he does remain on the bench he looks an exceptional option for Round 3 with what should be strong job security.

Averaging 58MPG, Egan won’t factor with the likes of of Brailey, Grant and Koroisau available at much better value for Round 3.

Burr is likely to be a benefactor of Ah Mau’s injury. He played 49 minutes in Round 1 for 55 points, then played just 24 minutes in Round 2. As a result his price won’t alter much in coming weeks, but after a breakout (at stages) SuperCoach season in 2019 he’s shown he can offer value for those interested. Keep a close eye on his minutes upon resumption.

Katoa is among the elite category of the cheapie crop this season. After a blistering pre-season, he earned a starting role in Round 2 in which he should keep for the upcoming round.

He played 65 minutes in Round 2 for 50 points, with 46 coming in base. He’s big, busts tackles, and will find attacking stats at times. If you don’t own him, you’re doing it wrong.

Tohu has always been a decent POD option, but with such a stacked back-row in SuperCoach this season he’s hard to fit in. He’s playing an 80 minute role and churning out a serious 50BPG, but perhaps his best attacking football is behind him?

At 28-years-old he’s certainly not old, but he’s fought off injury after injury throughout his career. If the Warriors start to fire Tohu may be a beneficiary, but there’s probably better options in the position.