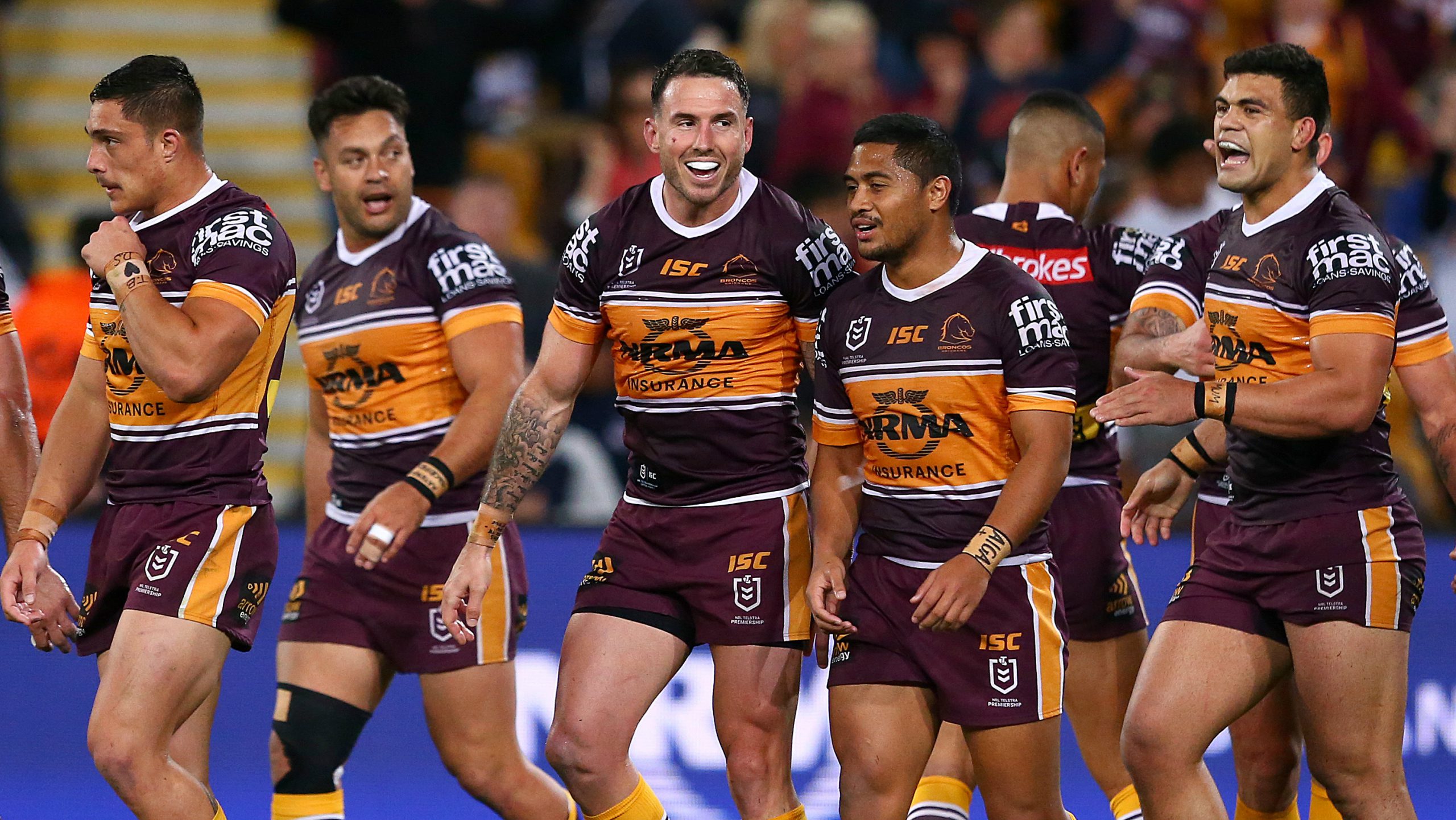 After a booming 2/2 start to the year, Brisbane are stacked with SuperCoach weapons having delivered on their pre-season hype.

What a frustrating opening to the season it’s been with Isaako. He was pegged into many SuperCoach sides all pre-season, before losing the spot to Jack Bird. Bird went down, Isaako returned to fullback, most held off due to job security, and he’s since come out and dominated the first two rounds. Rightly so, he’ll be one of the most traded in players when the comp restarts.

At the price, playing behind that relentless Broncos forward pack, Isaako could become a keeper this season. The only issue is a fairly unreliable rumour he may lose the goal-kicking duties to Kotoni Staggs, in which case his credentials would take a huge hit, but that seems unlikely.

Oates was a hit and hope option for some to begin the year, but he hasn’t been able to cash in on the Broncos strong opening. He’s set to lose a stack of coin and can be moved on for any number of strong CTW options.

Arthars was a surprise Round 1 starter, and he enticed plenty with 62 points in the opener with an impressive stat line including six tackle breaks. Many jumped on, and he flopped in Round 2 with just 14 points, despite playing the full 80-minutes. If you look at his history with the Titans (albeit a far weaker side), this low score shouldn’t have come as a surprise.

He’s a hold for owners, and could jag some decent rises on the end of a strong backline, but it’s hard to advise buying at his awkward price. The 14 point score will be in his rolling average for two price changes.

If you think Isaako was frustrating, what does that make Staggs? He was one of the most popular and safe pre-season purchases when given the goal-kicking duties in Isaako’s expected absence, but many went cold when he lost them for Round 1.

He’s now the top-scoring player in SuperCoach, including a 121 point monster against the Rabbitohs that included a hat-trick of tries. Incredibly, he played just 52-minutes in the season opener after leaving the field with cramp.

While scores have certainly been inflated with four tries, he’ll continue to produce big attacking stats on pure ability. He looks an exceptional buy on resumption, with many tossing between him and Isaako.

Boyd has matched his price tag early but remains irrelevant to SuperCoach.

Along with his new halves combination, the key is playing behind a stellar young pack that’s lived up to pre-season hype. He should be gifted a few fairly simple attacking stats behind that rampaging engine room.

There was a quiet hype about Croft’s SuperCoach prospects at Red Hill, and he delivered with 66 points in Round 1 which included two try-assists. Ignore Round 2 where he played just 14-minutes due to injury, yet he still nabbed a try-assist in the limited time on ground.

There’s better buys, but he’s one to watch this season. If he’s still available on the waiver wire in Draft leagues, scoop him up immediately.

Filling the void of the injured Matt Lodge, Flegler has come out firing in an average of 54-minutes in the opening weeks. He looked a straight up must-have, but on all reports Lodge has made a rapid recovery from a partial ACL tear and will be available for selection in Round 3. Furthermore, the returns of Joe Ofahengaue and Alex Glenn pose another concern, particularly the former who plays in the middle rotation. The four-week ban for Tevita Pangai Jnr will help his minutes.

Even if not starting, he’ll maintain a serious increase on last year’s game time and is a safe enough purchase at the price. A regression to 40-50 minutes is likely on return. He has 47BPG and is scoring at an output of 1.18PPM, outstanding.

If only Turpin had the hooking role to himself he’d be so tempting. While sharing it with Andrew McCullough, he’s averaging 55PPG in 60MPG. While he’s somewhat enticing at the price and negative breakeven, there’s far superior options for Round 3, unless McCullough missed the cut on return to play.

There’s not a heap that needs to be said here. Despite being $728k, Haas has managed to narrowly exceed his price tag in the opening weeks and is playing 80-minutes per game, freak. He’s averaging 60BPG and is as close to a lock in captain as you will get.

If for some reason you don’t own already, you can wait another week or two to get priority value picks as Haas’ price shouldn’t budge too far.

Fifita has just about exactly hit his SuperCoach expectations having begun the year as an 80-minute player. His 42BPG is well below the elite tier of players, but he’s produced the anticipated attacking output that’s firmly placed him as a keeper.

In a major blow however, Fifita underwent surgery during the postponed season. His return date is unknown for now, but he is expected to miss several weeks. If this is the case, he’s a sell. Generally you could hold if he were only out for a few weeks, but with stacks of trades available and fewer time to accumulate points you may have to sell. Fortunately he has a reasonable sized breakeven of 27, so you’re not giving up a substantial price rise on return.

Expect Alex Glenn and Jamil Hopoate to start on the edges until Fifita and Tevita Pangai Jnr return.

Hoppa could be a major beneficiary on return with TPJ suspended and Fifita likely to miss a number of games. This opens up vacant roles on the edge which are likely to be filled by himself and Alex Glenn. He has a negative breakeven, and his 19 from Round 1 when playing off the bench will drop out of his rolling average. Basically, if he’s named to start and it’s certain Fifita will miss 2+ games then he looks a great purchase. He played the full 80 minutes against the Rabbitohs in Round 2. But be very wary of the depth in the Broncos pack, even with injured cattle.

We’d heard all about how highly regarded Carrigan was at Red Hill, and the 68MPG in the first two rounds has justified that hype. Like Flegler, he’ll be impacted by returning cattle, but at the bargain price he’s still a must-have in sides.

While playing decent minutes he’s also an extremely reliable scorer, busting out an outrageous 55BPG. If you don’t have him, he should be high on the priority list before he sees a significant price rise. There is a realistic concern that Ofahengaue and Lodge’s returns could send either Carrigan or Flegler to the bench. It shouldn’t hurt Flegler’s minutes too significantly, but it would to Carrigan. I’m backing that Carrigan keeps his starting spot such is the respect he’s earned at the club.