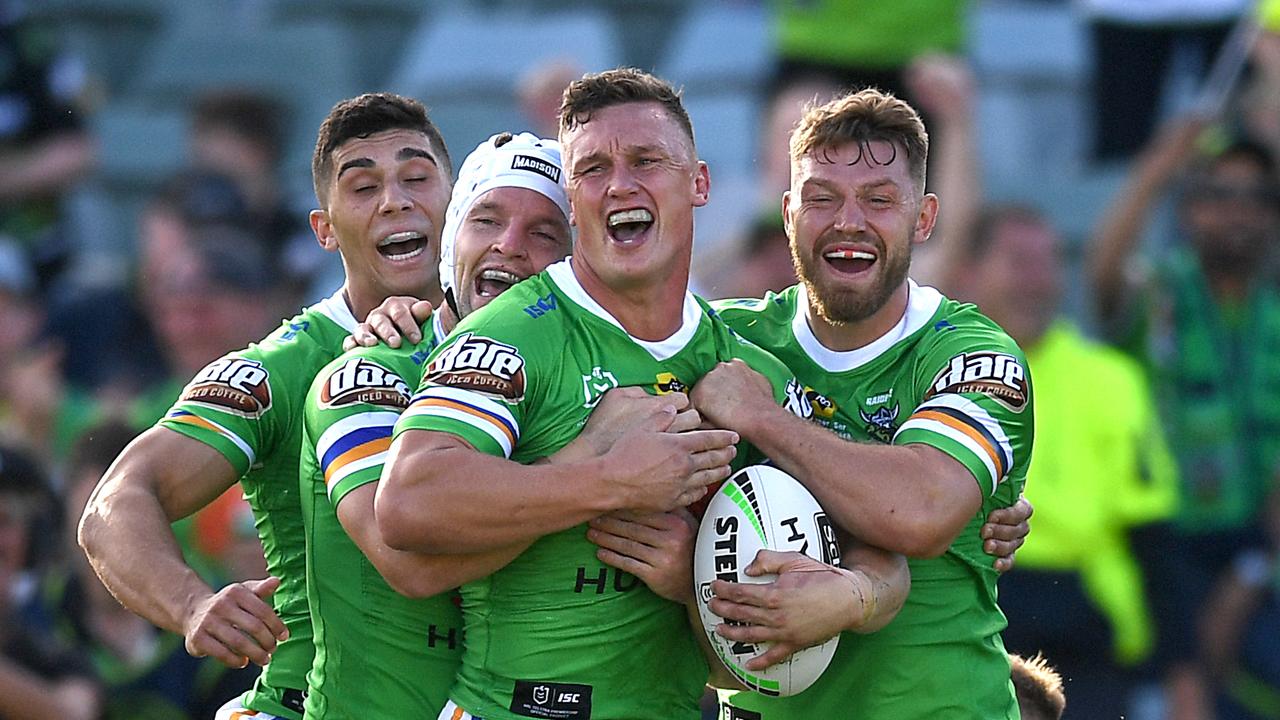 Canberra are unbeaten against soft opposition to begin the season and loom as one of the most significant SuperCoach outfits in the competition.

Bateman’s return will have a major impact on Guler. If as expected Bateman doesn’t play Round 3, Guler will retain decent minutes and act as a major cash grab with his -70 breakeven. Bateman’s return would see Tapine return to lock, Horsburgh to the bench (or prop), and limit Guler’s minutes.

Guler did score 94 in Round 1 with a try, try-assist, linebreak and line-assist, so this was obviously a massively inflated score. When this drops out of his rolling average after the Storm clash his breakeven will rise significantly. *Basically, he’s a buy with no Bateman, and with Bateman he still warrants serious consideration with some risk.

Charnze is an exceptionally good and reliable SuperCoach option, but unfortunately he’s in a position which includes the game’s elite players. His average is reduced after playing just 35 minutes following a HIA against the Titans. There’s stronger options with greater ceilings at fullback.

Simonsson faces a battle to retain his starting spot with Jordan Rapana returning to the club during the break. He was great in 2019 and again in the opening weeks of the season, so expect him to retain his role while Rapana eases back from a very brief rugby union stint.

He’s ticking along okay for a mid-ranger, with 27BPG and one try. Owners would have hoped he went big with the match ups against the Titans and Warriors to open their season. He may have been a hold, but the clash with Melbourne on return will likely force owners into selling.

Rest assured Croker will enter buy discussions at some stage of the season, but with a relatively high breakeven and looming match up with Melbourne there’s better options for now.

Scott has started in seriously strong fashion at his new club, averaging 52PPG in the opening rounds. In a promising sign for owners, he’s had 15 and 13 runs so far, the majority over 8m, for a huge 34BPG. He’s a tempting POD prospect, but the match up with his former club Melbourne is a worry.

His stats may also have been slightly inflated by easy opposition in opening rounds. It’s advised to watch for one more week as his price shouldn’t rise too significantly. If he dishes the goods in Round 3/4, he’ll warrant serious consideration.

It’s hard to get a proper gauge on all the Canberra players having taken on the Titans and Warriors in opening weeks. However, Cotric looks absolutely exceptional thus far. He’s averaging 56PPG with no tries or assists. He’s never been a winger with a huge work ethic, but when he does run, he’s damaging.

In 23 runs in his opening two games, he’s busted a ridiculous 23 tackles, including 16 against the Warriors. He’s very nicely priced but the Storm clash is concerning. His SuperCoach pedigree isn’t great, so you are taking a bit of a risk, bit with plenty of trades available it may be worth the punt.

While loving him in actual NRL, I’ve never been an advocate of Wighton in SuperCoach and nothing has changed. He belted out 91 in Round 1 against the Titans and coaches flocked to recruit him. He backed it up with just 19 against the hapless Warriors. He doesn’t have the consistency or ceiling to match the elite 5/8s in SuperCoach, simple as that.

Josh Hodgson plays too big a role in directing the side around and often overplays his hand in attacking situations, which reduces the potential of Wighton’s scoring. The 91 will drop out of his rolling average after the Storm clash which will likely leave him with a very high breakeven. If I owned, I’d sell.

The star English recruit is extremely hard to get a gauge on thus far. Soft clashes with the Warriors and Titans are near impossible to get an accurate read on. He looked very solid in both outings, but he hardly faced the rigours of a genuine NRL contest.

Melbourne await in Round 3 and we will find out what he’s made of. His running game looks very promising and he appears to have settled in well with Wighton, while his defence is very strong. Owners can hold and be relatively happy, but the likes of Luai and Drinkwater look to be better cash-cow options.

Big Papa has seen a reduction in minutes from 53MPG in 2019 to 48MPG in 2020. This has likely been impacted by the rise of Corey Horsburgh, along with comfortable victories. Traditionally a drop in minutes hasn’t impacted him too significantly as his PPM increases at a fair rate.

He’s a forward with immense potential to accrue attacking stats which have evaded him thus far. While he’s not a buy for the time being, keep a close eye on him as he bottoms out in a few weeks, hopefully alongside a rise in game time.

Hodgson is one man who should benefit from the new six again rule. In theory the new rules will speed up the ruck and create more time and space for creative hookers. He’s started well against the soft opposition, with his scores somewhat inflated by two try-assists, however attacking stats are the norm for Hodgson.

Unfortunately there are gun cheapie and mid-range hookers available, while Cook and Smith appear to be the elite options. It certainly makes Hodgson a POD if he can benefit from the changes, but it’s hard to see him figuring as a serious buy option.

Lui has had a decent start to the year but isn’t SuperCoach relevant.

In the absence of John Bateman, who will likely miss a few more weeks, Tapine has played 80 and 65 minutes in the opening rounds. He’s been one of Canberra’s better players to begin the year and has been decent in SuperCoach. He’s knocked out 45BPG with no serious attacking stats to his name.

The attack will come, as will the higher scores. If Bateman isn’t named in Round 3, Tapine will be a solid buy and remains a major POD at 7% ownership. If Bateman is named, you can probably put a line through him as a buy.

Whitehead’s stats look magnificent, but they’ve been inflated by two tries and three linebreaks. His 34BPG is pretty ordinary for an 80 minute back-rower. When the tries dry up, so too will his SuperCoach scores. He’s a trap.

Big Red was a big talking point of the pre-season yet only 6% jumped on board. He’s delivered for his small ownership group, playing 63 and 50 minutes to open the year. If it weren’t for the looming return of John Bateman he’d be a near must-have, but obviously game time will be a concern when the star Englishman is back.

He’s scoring 50BPG and has four offloads next to his name. He’s a buy if Bateman isn’t named for Round 3, but he’s probably an avoid if he is. He should retain decent minutes and scores even with Bateman back so owners can rest easy.