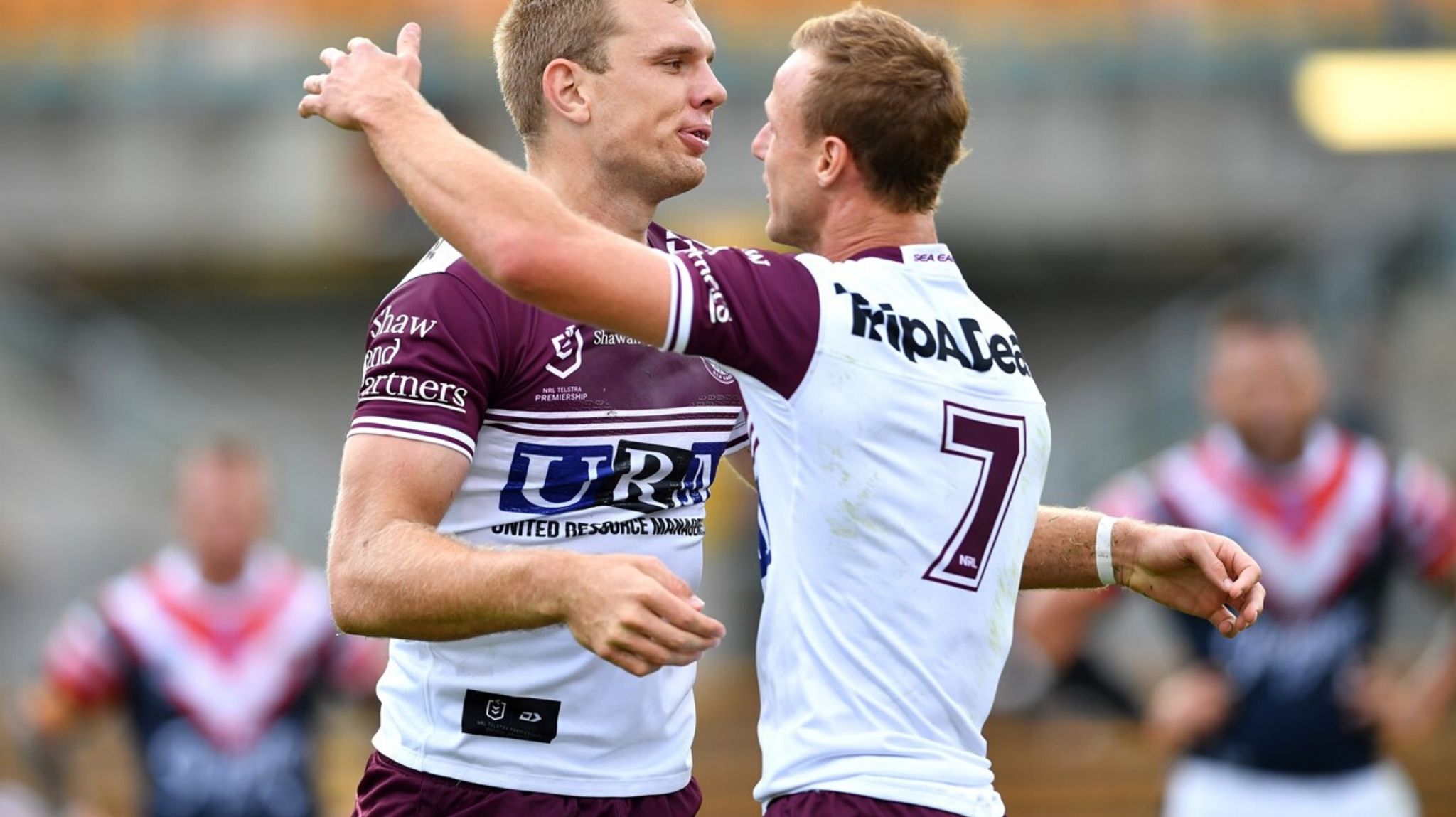 Having faced the Storm and Roosters in opening weeks, Manly’s SuperCoach credentials are tough to gauge early on.

Turbo’s slow start has been a dream come true for non-owners, and a horror show for those who forked out the big bucks for him. Having faced the Storm and Roosters in the opening two rounds it didn’t exactly come as a surprise that he was sluggish out of the blocks.

There’s an extremely strong likelihood he finishes the season in the top two ranked fullbacks, so there’s no need to trade for owners. It’s a shortened season, and he won’t be impacted by Origin now that it’s being played after the finals series.

The new-look season with no bye concerns means we have to get our strongest 17 as quick as possible, and Turbo is comfortably in that squad. Furthermore, his 22 point stinker from Round 1 will drop out of his rolling average after Round 3, so his hefty breakeven should drop significantly. Non-owners can pick him up in a few rounds at hopefully a sizeable price reduction.

Taufua’s base of 22BPG in the opening rounds reflects his need to cross the line to post even semi respectable scores. With -16 in negative points he’s almost had more negative than positive scoring.

Garrick has struggled early on, and the low scoring affairs have reduced his opportunity to rack up conversions. He may be a smoky option if he drops below $400k and Manly go on a run, but not for now.

While he’s not exactly SuperCoach relevant, you can’t help but like Parker. He notched two linebreaks in a slugfest against the Roosters in Round 2 for a respectable 50 points. While he could earn some okay cash, there’s far better buys available.

On first look Suli has been very disappointing with an average of just 37PPG following a strong finish to 2019. However, a deeper look shows that against elite opposition he’s averaged a monstrous 36BPG. That’s made up of 34 tackles and 28 runs.

For a player criticised for his poor attitude in the past that’s exactly what you want to see. His only attacking stats thus far are three tackle-breaks. I wouldn’t be buying yet, but I’d certainly be holding if I owned with easier opposition awaiting him. He’s one to keep a close eye on in coming rounds.

Walker has had SuperCoach relevance in the past at centre, but at five-eighth he’s not afforded the space to capitalise on his dynamic running game. Pass.

While he’s been okay, I think you can largely put a line through DCE’s opening rounds due to the strength of opposition. That being said, I don’t think he’s in the elite class of halfbacks unless goal-kicking. He can go on runs and can produce enormous scores, so he’s always a serious POD option, but he’s not quite in the class of Moses, Cleary and SJ. If he wins the goal-kicking duties from Garrick at any stage he will warrant consideration at a reduced price.

AFB started the season a little slow after being a surprise Round 1 inclusion following a pre-season injury. In Round 2, he bashed out 64 points in 55 minutes with an enormous 60 in base.

He has the ability to find attacking stats, so he boasts a reasonably high ceiling for a prop. With a high breakeven it’s worth waiting a week or two before jumping on, but he will be a serious POD option early in the season.

With the likes of Brailey, Koroisau and Walters available as cut-priced hookers there’s simply no room for Levi.

Taupau has had an intriguing start to the year which has produced an impressive average of 66PPG. His minutes are a concern at 49MPG, a tick under previous years, but his output of 1.35PPM is phenomenal. Perhaps he was playing injured last year as suspected and he’s fit and firing in 2020?

He’s offloaded four times in two weeks in a promising sign for his point-scoring potential, and his base of 53BPG is very strong. I’d personally lean towards front-row partner Fonua-Blake slightly, but it’s hard to fault Taupau’s start to the season. With a 43 breakeven you can afford to wait one more week to have a look at him on return to competition.

Thompson will always produce solid scores but is not in the elite class of second-row SuperCoach forwards.

With a strong combination alongside DCE and a knack for offloading I believe Sironen is an underrated SuperCoach commodity when fully fit. However, he’s still not in the class of the elite second-rowers. Maybe see if you can jag him in Draft leagues as a cheap swap?

After a career-low SuperCoach year in 2019 many are questioning Jurbo’s gun status in the jam-packed second-row. After two rounds, we don’t really have a clear indication if he’s regressing or bouncing back. He’s averaging 57PPG with 57BPG. The numbers are fairly strong, and against his opposition thus far he’s had minimal opportunity to jag attacking stats.

It’s a promising sign that he got through 80-minutes in both weeks and a mountain of work despite initially being an unlikely starter in Round 1 following off-season surgery. The jury is out on where he’ll figure among back-rowers in 2020, but he certainly warrants strong consideration. Give it two more rounds to get a better gauge of where he’s at.