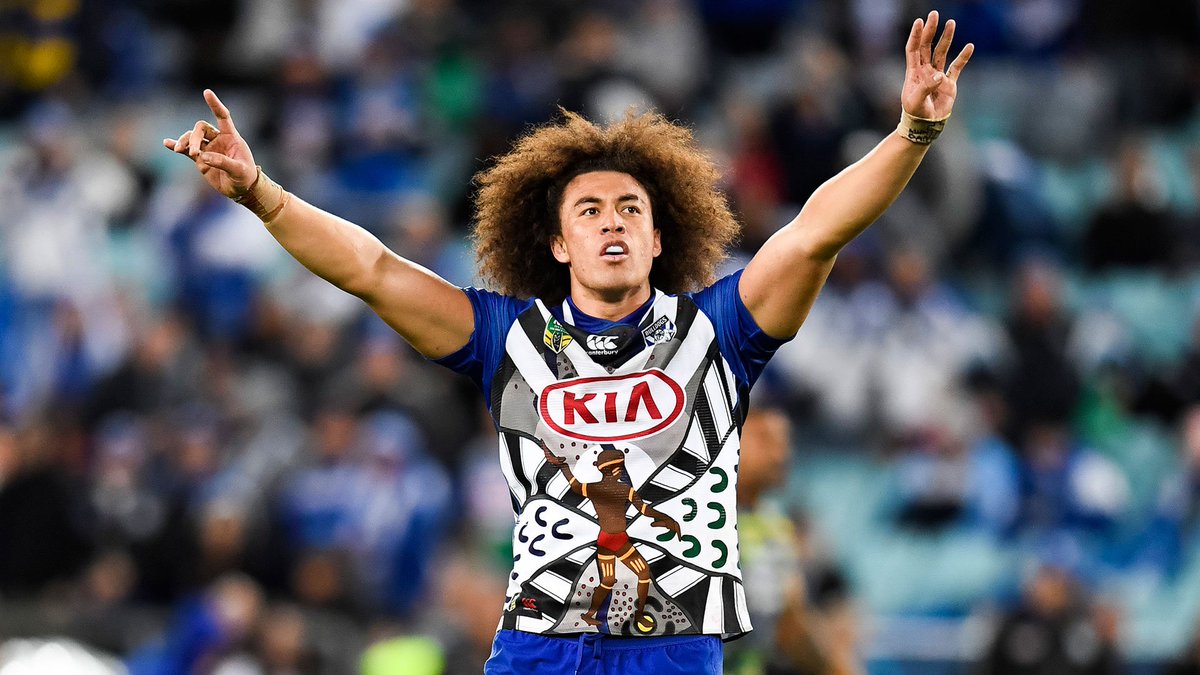 The Bulldogs lack appeal in the actual NRL, but injury has brought upon opportunity in SuperCoach circles.

Not through poor form as such, but it wouldn’t shock to see Will Hopoate replace DWZ at fullback in coming rounds. The powerful ball-running fullback has been strong in the opening two weeks, but he doesn’t offer any playmaking ability with ball in hand. He’s hardly a buy anyway, but a potential shift to the wing makes him a complete no-go.

The only way Meaney would come into contention is if moved to fullback with regained goal-kicking duties. Put a cross through his seven runs in Round 1 in a dour season opener against the Eels, his 16 hit-ups in Round 2 shows his growing confidence in the top grade.

Crichton has no SuperCoach relevance, pass.

I’ve said it before and I’ll say it again, Smith will be a SuperCoach force in the future, but now isn’t his time. He needs a change in club with point-scoring potential, or a significantly improved Bulldogs attacking unit.

On face value Hopoate has started the season poorly, but a deeper dig shows he’s averaging a typically outstanding 36BPG. If he was running in a quality attacking outfit he’d average 65+.

Despite averaging 57PPG at centre last year, I can’t have him unless playing fullback. If he does make the switch to the number one jumper in time, which I think is likely (see DWZ write up), Hoppa will be an enormous POD. Keep an eye out, but not for the moment.

Wakeham has been disappointing as a popular cheapie to begin the year. With some money likely to be made and goal-kicking duties in tact he presents a tough decision for owners. His base of 27BPG is decent for a five-eighth, and he hasn’t produced attacking stats thus far.

A trade to the likes of Luai, Williams or Drinkwater is extremely tempting and one that I wouldn’t regard as sidewise. In other years he may be a hold, but with less games we’re going to have to move on slow-burning cash cows a littler earlier than usual.

Lewis isn’t an option in SuperCoach. I genuinely believe there’s a case to transform him into a ball-playing second-rower, ala Wade Graham. He’s exceptional in defence and can take pressure off the halves combination, but that’s another conversation. Hit me up on Twitter if interested (timwill94).

Tolman continues to do exactly as he’s done for many seasons since joining the Dogs. In Round 2, he played a mammoth 70-minutes for a score of 68 points, 64 of which came in base. He’s never been an option for me as he lacks the ceiling of FRF counterparts, but if he does maintain 70MPG, which is unlikely, he’ll be fairly hard to ignore.

JMK has actually impressed after being given an 80-minute role in the opening two rounds. He’s getting through plenty of work and can jag an attacking stat. In any other year he’d be a solid buy option, but with Brailey and Koroisau both proving extremely valuable cash cows he can’t be considered.

Napa doesn’t have the minutes or ceiling to match the elite FRF options. Pass.

Jackson is a solid SuperCoach player but has regressed quite significantly in scoring thus far in 2020. The 2RF position is too stacked to warrant buying the fearless leader.

Joe Stimson played in this spot in Round 2, unfortunately his year is likely over after undergoing surgery during the season break. It’s awful news for the promising back-rower, but good news for SuperCoaches. With Corey Harawira-Naera out of action, it opens the door for a starting role for Raymond Faitala-Mariner. RFM was an early return in Round 1 off the bench following an off-season ankle injury.

He’s averaged just 24 minutes in two outings, but could see himself in an 80-minute role on return if he beats Dean Britt to the starting role. Injury meant he averaged just 45-minutes in 2019, meaning he was priced on a 45 point average. In 2018, he averaged 58PPG in 74MPG. While he still has cash to leak, he could be a steal when bottoming out at under $400k in 2-3 rounds time provided he gets a starting gig.

Elliott has started the year in strong fashion with a 61PPG average. He bashed out 78 points in 65 minutes in Round 2, with 60 in base. However, this was inflated due to the injury to Stimson. He’s capable of playing 80-minutes, so if he increases his role in Stimson’s absence he’s one to keep an eye on.