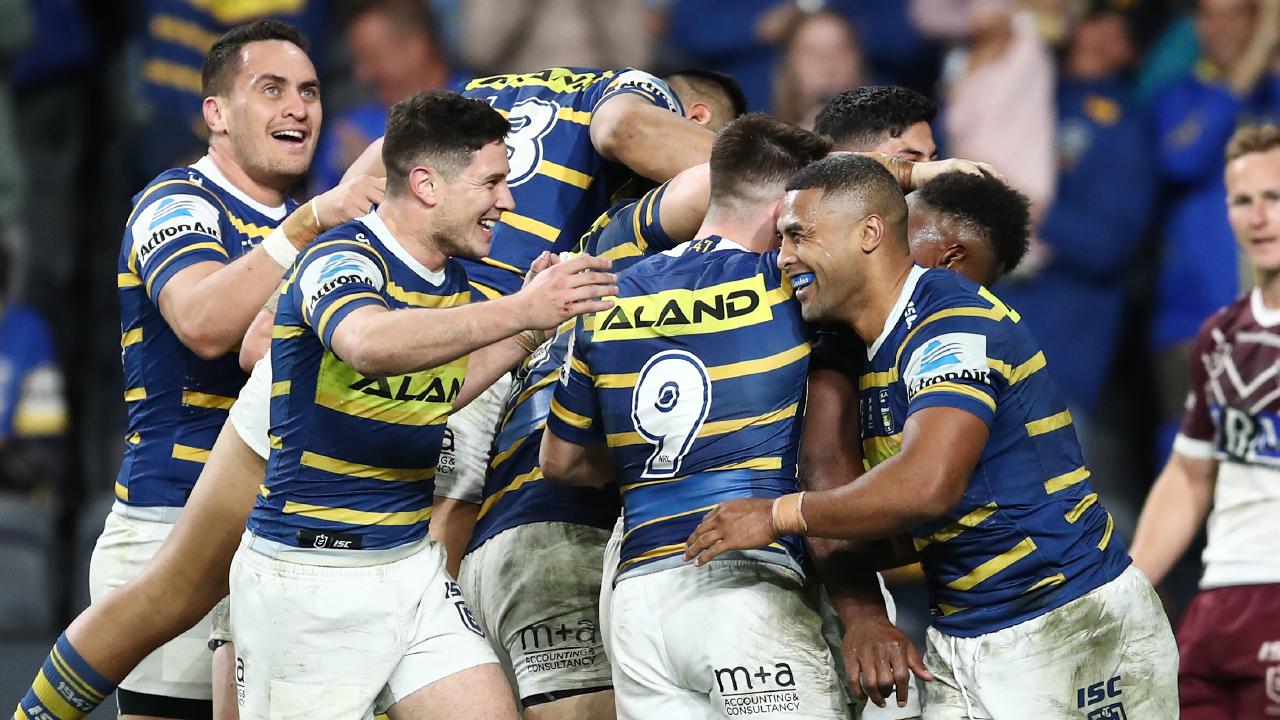 Captain’s Challenge: Who to skipper in Round 20?

Strategy Playbook: Who to sit/start in Round 20?

After a difficult to assess unbeaten start to the year, Parramatta boast plenty of SuperCoach potential in 2020.

Unfortunately, King Gutho has proven already in 2020 that he isn’t among the elite fullbacks in SuperCoach. While his work ethic has remained impressive, he wasn’t able to capitalise on a feeble Titans defensive unit in Round 2.

Meanwhile, the likes of James Tedesco and Tom Trbojevic went gang busters against resolute defensive sides. He’ll need to take up the goal-kicking duties in Mitch Moses’ absence to come into any serious discussion as a buy. If you own, sell.

Sivo has underwhelmed for those who took a flyer on him at the big price to begin 2020. Fortunately he bagged a try against the Titans to somewhat redeem himself after a slow start. What was promising for Sivo was the amount of ball Dylan Brown was given on the left edge.

It bodes well for the fact Sivo should see plenty of decent pill, allaying fears Mitch Moses’ right edge could dominate possession. Sivo looked a bit sluggish on return from an interrupted pre-season, so hopefully he can whip himself into top gear during the break.

Fergy Ferg has been seriously underwhelming to begin his 2020 campaign, but there is encouraging signs. While averaging just 40PPG, he does have a base of 32BPG, which is very strong for a winger. Outside of a disallowed try that was followed by a trademark backflip, he hasn’t crossed the line yet or produced any attacking stats.

Owners have a tough decision to hold or sell. He’ll be a safe option with upside throughout the year, but it is appearing more and more as though his 65PPG average in 2018 was a bit of an outlier.

Jennings has been about on par with his price but remains irrelevant to SuperCoach.

I can’t quite put a finger on why Blake is so horrid at SuperCoach. He’s big, busts tackles, is playing outside one of the best playmakers in the game and historically has had reasonable base stats to back it all up. Outside of a 59PPG average in 2018, he hasn’t been able to back it up at all.

You’d have thought he’d be a safe buy to begin the year at the price with Parramatta’s run, but he’s performed well below his price tag. If the upcoming string of games were to continue on return, with the Eels friendly draw, I’d be tempted to hold. However, it’s likely to be an altered draw, ruining Parra’s run, therefore making Blake even higher risk and probably an immediate sell.

Brown was a very left-field POD for some brave coaches to kick start the year, and he delivered against the Titans with a 123 point monster. You can’t read too much into the score as the Eels won’t face the Titans each week, but you can look into how sharp Brown has been with ball in hand. More so, he’s had an enormous base of 35BPG, which is edging towards the output of a big minute forward.

It’s important to see him getting a fair share of the ball alongside Mitch Moses. There was a fear Moses could take complete control, but such is the show of faith in his halves partner, they are seeing almost an equal share thus far. However, Brown played on the left edge opposite Bryce Cartwright and Ash Taylor, so of course he was going to get a host of touches in Round 2.

It’s a small and questionable sample size to play off. I’m so unconvinced by the Titans that I’d wait another week before buying for anyone interested, despite the fact he sits with a -27 breakeven.

It’s as though the picture around Moses is no clearer than it was prior to Round 1. The Bulldogs proved as resilient as ever in a typically scrappy and wet season opener against the Eels who they always lift against. Then his century in Round 2 was against the hapless Titans.

Even there, his 108 was propped up by 36 points from nine conversions. There’s no way I’d be buying just yet, nor would I be selling if I owned. Moses really is a mystery in 2020, but at over 40% ownership I see him as somewhat of an anti-POD.

Any hope of RCG playing bigger minutes at his new club were dashed with just 45MPG in the opening rounds. He doesn’t have the output to become SuperCoach relevant and he won’t see an increase in a stacked Eels forward pack.

Mahoney is a hard one to gauge thus far having scored in both outings, while also playing just 38 minutes in Round 2 after leaving the field with a knee injury. In the 80-minute performance against the Bulldogs he scored just 57 with a try included. He’s looking sharp in the actual NRL, but it’s hard to see him threatening the likes of Api Koroisau, Damien Cook and Cameron Smith as the game’s elite hookers.

Paulo has hit the ground running in SuperCoach thus far, but his numbers have been inflated by attacking stats against the Titans. In that game, he had a try-assist and a line-assist. Encouragingly though, in both games this year he had four tackle breaks and two offloads in each.

He also amassed 19 runs in Round 2. His base of 43BPG is below keeper numbers, and he’s playing just 50MPG, so I’d want to see greater minutes before seriously considering.

Despite looking likely in attack as always, Lane failed to get in on the scoring against the Titans. It’s significant to note that he played 72-minutes against the Titans and was given a greater spell than Ryan Matterson who played 77-minutes.

Matterson has wasted no time fitting in at his new club, averaging 74PPG in 79MPG with 50BPG. He does have a try-assist and line-assist against the Titans inflating his scores, but with his attacking prowess there’s no reason why he can’t bag a major stat every few games.

He’s not a must-have just yet, but he will be once SuperCoaches have increased cap space to fit him in. The second-row position is absolutely stacked with guns, and we can’t have them all just yet, so he might be a frustrating watch for a few more rounds. Or you could just end the pain and lock him in for the rest of the season.

As predicted during the pre-season, the game time isn’t there for Brown with Parramatta boasting stacks of depth in the pack. He’s averaged 57MPG, but needs to be playing 70+ minutes to figure among the elite second-row options.

He’s averaged just 35BPG so far, which is well below what we know he’s capable of. If injuries strike to the pack, Brown may come into contention later in the year, but for now, he’s a sell for owners.