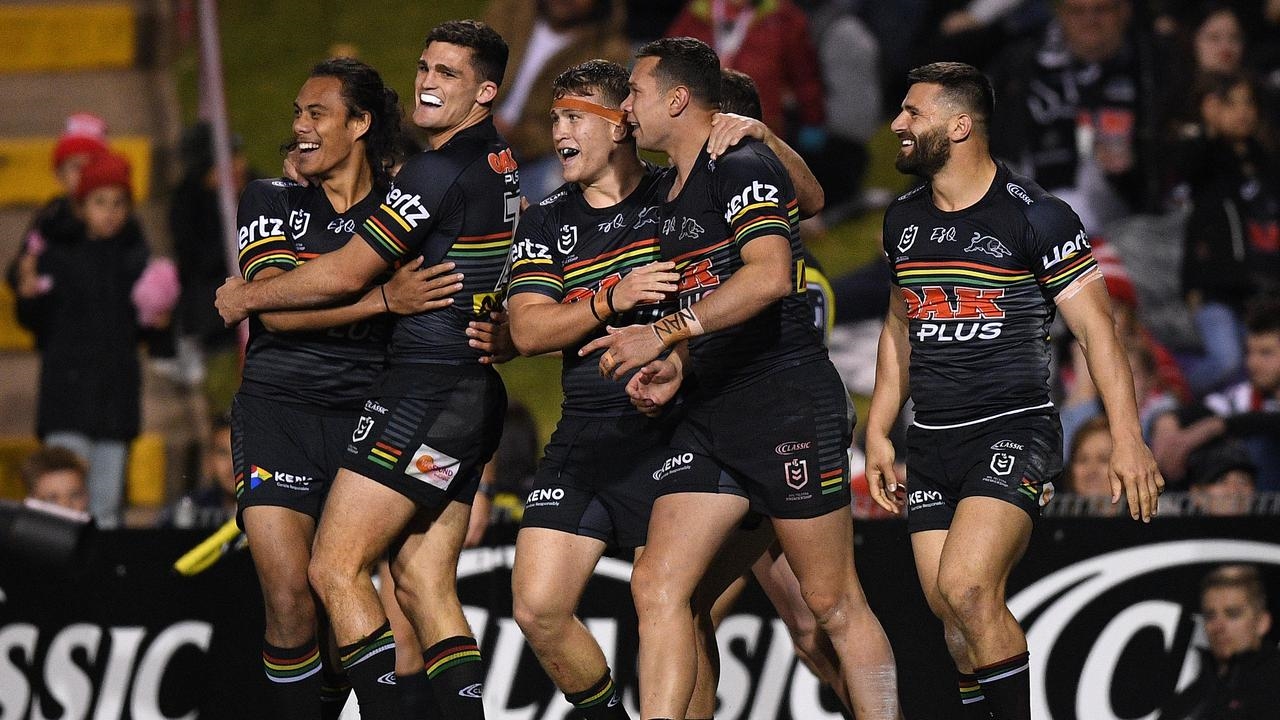 Penrith are unbeaten to begin the season, including a win over the defending premiers, and their SuperCoach relevance is reflected in their performances.

It’s likely Aekins will make way for Dylan Edwards on resumption who missed the opening two rounds through injury. Both Edwards and Aekins have serious SuperCoach potential, but their sole availability at fullback will rule them out of the selection debate in 2020.

‘The Sauce’ is back baby! So far anyway… The former SuperCoach gun has spent years in the wilderness, proving a perennial let down as a POD for many aspiring investors. But the off-season reports that suggested he’d returned to full health both on and off the field look to have been spot on after a huge opening two rounds.

When on song, he’s arguably the strongest CTW option for base stats in the game. His 39BPG thus far is outstanding, consisting of 18 and 21 runs either week. He’s yet to cross the line, but he has managed two try-assists. Further to his own rise in output, Penrith’s strong start to the year bodes extremely well for his attacking credentials.

The small sample size is certainly an issue, but with a negative breakeven it’s probably worth jumping on immediately to save money, despite the obvious risk factor.

The breakout 2019 season of To’o saw his initial pricing very steep. While he’s failed to back up his SuperCoach output, the numbers aren’t as dire as they appear. His base of 27BPG is solid, and it should rise with match fitness. The only attacking stats he’s registered thus far are three tackle breaks. If I owned, I’d probably sell, but he’s a massive watch for when he eventually bottoms out in price.

Whare is fast cementing his claim as the worst SuperCoach CTW option in many years. With a base of 15BPG there is no money to be made.

After an impressive 2019 season, Naden always looked overpriced to begin 2020. Despite scoring in both matches, he’s averaging just 41PPG. It’s not to say he should be ignored for the season, but you’d probably want to be picking him up as a sub $400k POD if seriously considering.

Luai has done just about everything asked of him as a cheapie thus far. His base of 23BPG is okay for a five-eighth and he’s notched a few nice attacking stats. More importantly, Penrith are 2/2, so his job security should be fairly safe for the time being with promising rookie Matt Burton looming.

He will produce the odd stinker in SuperCoach, so he’s a big risk to play in 17s, but there’s obviously cash to be made. Wakeham to Luai would be a savvy move for Round 3. Unfortunately his 57 will drop out of his rolling average after Round 3, but it’ll only take a couple of attacking stats to keep his breakeven in the negative.

Nathan Cleary copped a two-match ban for his TikTok shenanigans. With Kalyn Ponga suspended for Round 3, it’s a huge blow for owners of both. He’s had a stunning start to the year, putting 73 on the Roosters then 100 on the Dragons. He’s proven already that he’s a rare type of SuperCoach playmaker that’s largely unaffected by strength of opposition.

Like all Origin players, Cleary benefits tremendously by the postponing of the series until after the grand final. He won’t miss any games and won’t face the risk of a rest as a result. You couldn’t argue with anyone wanting to trade in immediately with his price set to rise.

There’s a case to be made to trade Cleary for two rounds then get him back in once his suspension is served. In a regular year this would be SuperCoach suicide, but with a mountain of trades and less time to generate points it’s a completely viable option. Just make sure you’ve got a plan in place to get him back for Round 5.

After a completely out of the blue breakout SuperCoach season in 2019 (59PPG), big Jimmy Tamou has backed it up in reasonable fashion in the opening two rounds. He boasts a 55PPG average, in a decent 49MPG with 46BPG. To be fair, his output has been inflated by a try-assist and line assist. He’s still not a buy, even as a POD due to his lack of ceiling, but he does deserve a notable mention. Maybe a sneaky trade target in Draft leagues?

Api is without doubt the talking point of the opening two rounds. He’s obliterated expectations thus far, averaging 87PPG in 80MPG. There’s stunning amounts of cash to be made and he is simply the definition of a must-have. Despite his scoring, it’s still a stretch to say he’ll match Damien Cook or Cameron Smith across the course of a season.

However, he can’t have produced much more and could remarkably be a downgrade to Cook if form continues for a few more rounds. Who knows, maybe he can surpass the pair? His 57BPG is off the charts, and more impressively he knocked out 97 points against the powerhouse Roosters. He should be the first man traded in for non-owners.

Put a line through Tetevano’s opening round 12 points in 21-minutes as he was injured mid-game against his former club the Roosters. In a more accurate depiction of his future output, he scored 38 points in 33 minutes against the Dragons. He’ll need to rise to 40+ minutes to warrant any consideration, which is unlikely to occur with Kurt Capewell’s return likely to see Fisher-Harris shift to prop at stages.

Kikau was a shock benching in Round 1 where he played just 40-minutes, then he played 59-minutes as a starter in Round 2. He looked exceptional in both outings, scoring twice, but with Capewell’s return and Yeo’s form it’s hard to see his minutes rising to anything near 80 again at this stage.

This isn’t necessarily a major negative on his SuperCoach output as he’ll be far more dynamic with a spell under his belt, but he’s a wait and watch for the time being. His base of 24BPG shows his reliance on attacking stats in order to be matching the elite 2RFs.

To Yeo or not to Yeo? I have massive reservations about his credentials, but the -32 breakeven and dual 2RF/CTW availability may just make him too hard to pass up. The issue lies in Kurt Capewell’s return from injury. Capewell was in the extended Queensland Origin squad last season and didn’t sign from Cronulla to be a bench player at the foot of the mountains.

This creates a back-row logjam of Yeo, Kikau, Capewell and Fisher-Harris. As a result we will see JFH spend more time at prop to accommodate the back-rowers, but what does it mean for Yeo’s minutes? He played 80 in Round 1, but this may have been impacted by Tetevano’s injury somewhat. He then played 77 in Round 2. His stunning form early on may see him maintain the game time, but it’s a major question mark.

However, the five trades in Round 3 may well be the deal breaker. Worst case scenario you trade him in, he reverts to a 40-50 average and makes a ton of money before being upgraded. Best case scenario, he maintains the 80 and you’ve effectively locked in a safe CTW keeper for the season at bargain price. My tip, he’s a buy, but won’t be a keeper. It’ll be interesting to see how the early rounds unfold for Yeo.

JFH had a very interesting opening two rounds. He was a surprise starter in Round 1 following an off-season injury. He played the full 80 and bashed out 75 points, 63 of which came in base. In Round 2, he played just 59-minutes, scoring 41 points in the process.

Like his back-row counterparts, his buy credentials rest solely on how Cleary manages his rotation with Capewell now in the mix. There’s too much uncertainty around him for the time being, but he is obviously one to watch once we gain a greater idea of his regular minutes.

One Response to “Squad breakdown: All eyes on unbeaten Panthers”