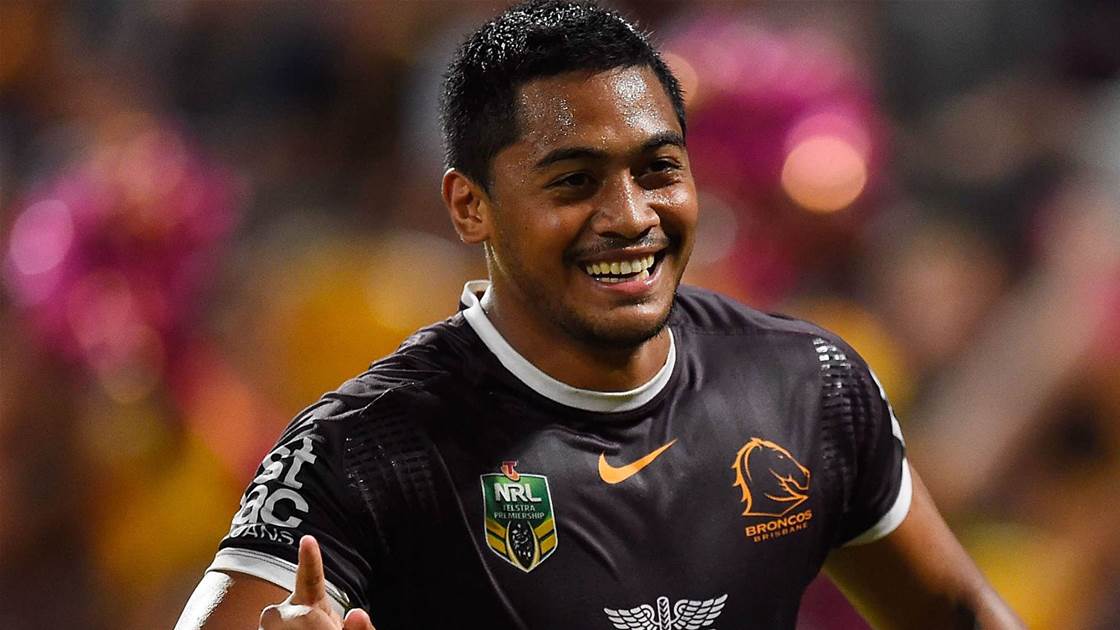 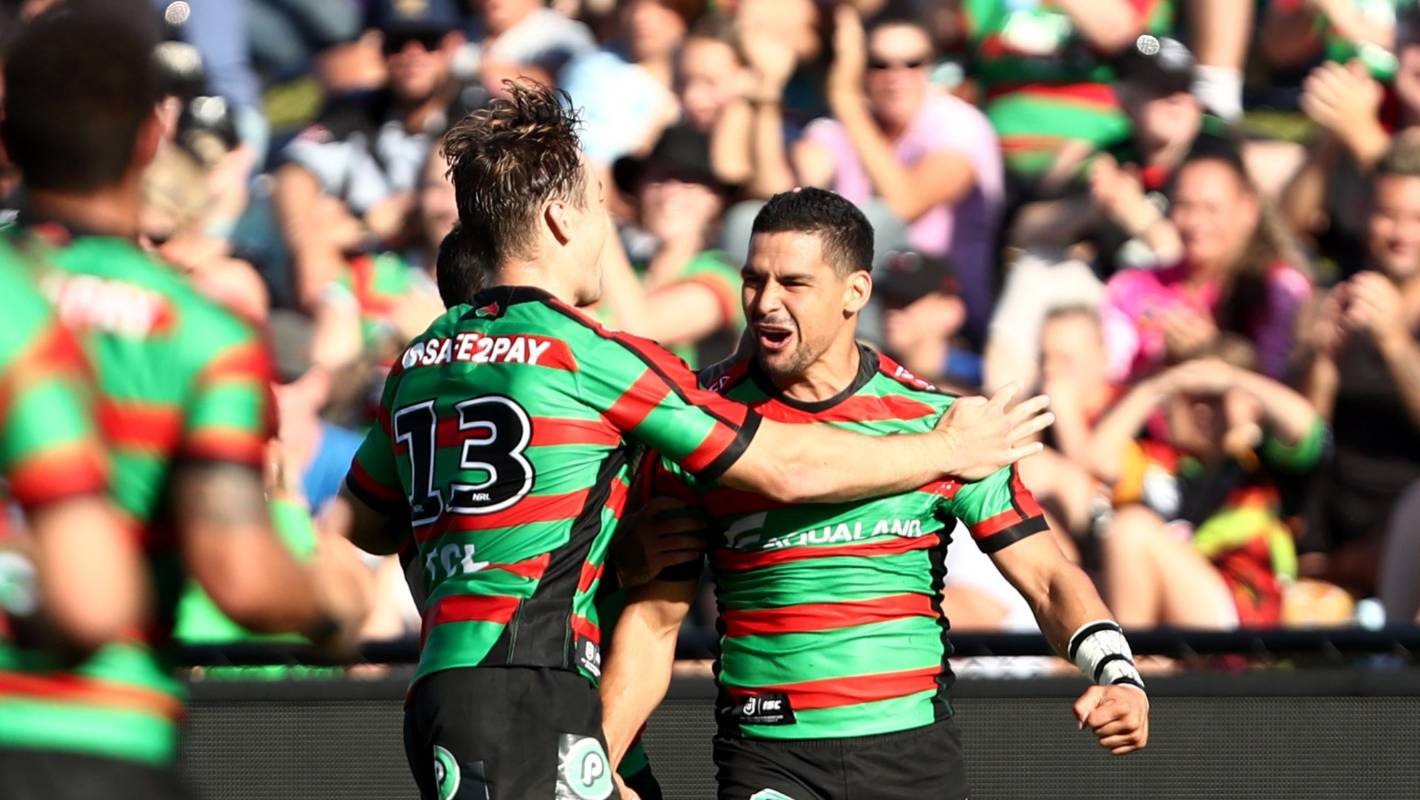 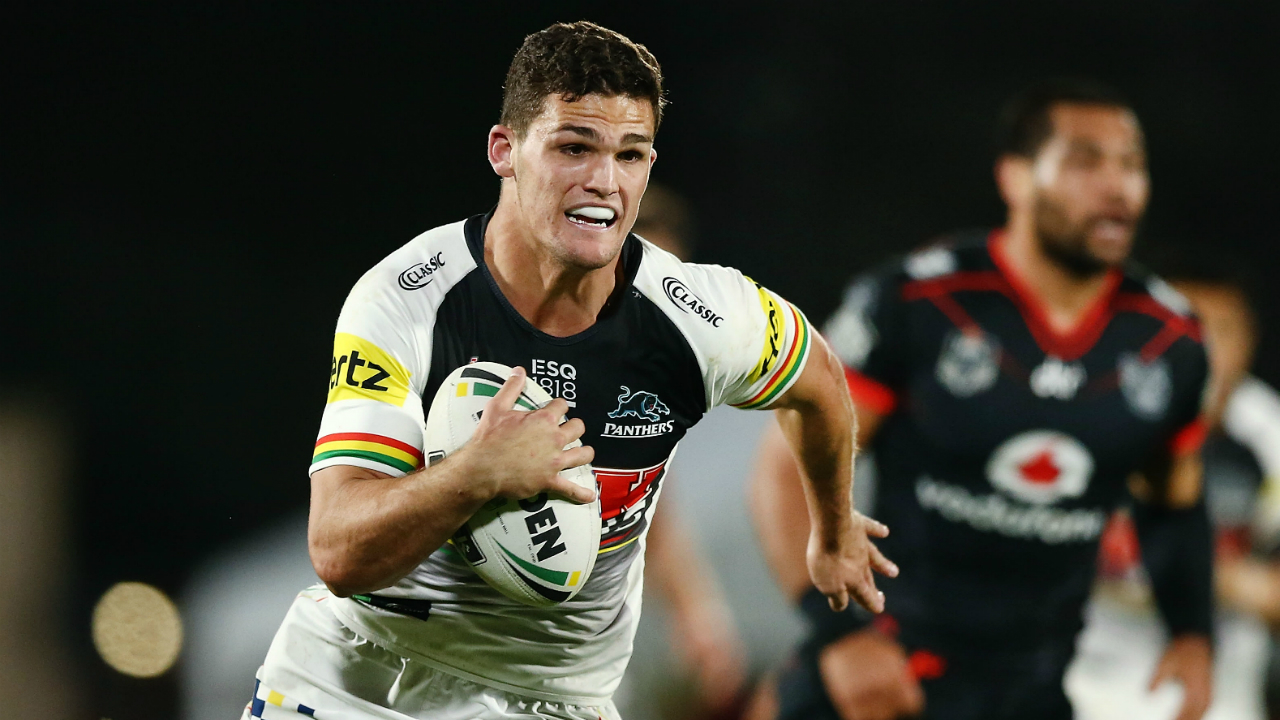 Here’s how we think the Broncos will line up and whether or not it’s worth investing in their squad to kick-off the season.

Even with a starting role McCullough doesn’t possess enough attacking upside to threaten the elite hooking options in the game, pass.

Glenn hasn’t averaged above 50PPG since 2015 and he faces an enormous battle to keep his 80-minute role at Red Hill. TPJ has been training on the edge with David Fifita, I’d expect Glenn to push to the bench as a result despite being recently named captain.

As per Flegler, Matt Lodge’s injury brings Carrigan into major contention. He may start ahead of Flegler, but it’s likely Seibold opts to go with his bigger bodied forward counterpart. Regardless, both men should see an increase of around 10-15 minutes per game. Carrigan averaged 35PPG in 34MPG in 2019.

It’s hard to see the gifted Carrigan increasing minutes in a stacked pack. He scores at a touch over 1PPM so if injuries strike and he increases his minutes he’ll enter the conversation as a potential buy.

UPDATE: Ofahengaue has been rubbed out for the first two rounds of the season. Expect Patrick Carrigan to start at lock in his absence.

It’s unsure who is the man to join the bench with Matt Lodge’s injury, but Hopoate is highly regarded and could sneak his way into the team. Regardless, Brisbane remain stacked in the pack so it’s hard to see him earning too many minutes.

It’s hard to get a gauge on Turpin with the uncertainty of the hooking rotation at Brisbane, combined with the fact he spent eight games in the halves last season. While he’s sharing a role with Andrew McCullough, likely a 50-30 minute split, he’s not overly relevant for SuperCoach.

In two 80-minute games at hooker last season he scored 43 and 81 points (including a try). While it’s only a fairly small sample size, he only scores at around 0.5-0.6PPM at hooker. While this will likely increase in 2020, it’s not compelling enough to consider him without an 80-minute role.

If McCullough isn’t named on the bench in Round 1, Turpin should be seriously considered.

Everyone will require Haas this season as he’s clearly the best FRF option in the game, but do you start with him? It’ll all depend on the makeup of individual teams to determine where people rate him among the top guns, but in a relatively weak FRF position it’s probably worth just forking out the big bucks and locking him in from Round 1.

Haas averaged 64MPG in 2019, scoring at a rate of 1.23PPM for an average of 78PPG, outrageous. His base stats of 64BPG are absolutely elite and he has attacking upside to boot. You can’t have every gun in Round 1 but surely you just save an inevitable trade and start with the big fella.

UPDATE: The injury to Matt Lodge means there’s almost zero chance Haas sees a reduction in minutes, so lock him in (if you hadn’t already.)

The lengthy ACL injury to Matt Lodge has opened an enormous opportunity for both Flegler and Pat Carrigan. Flegler averaged 32MPG in his debut NRL season for a 32PPG average. Lodge averaged 57MPG, so there’s no reason why Flegler can’t increase his game time by 10-15 minutes.

Scoring at 1PPM, this would see a rise of around 10-15 points, which would see a decent cash rise early in the season. With a lack of cheapies available, Flegler has become a serious SuperCoach option along with Carrigan.

UPDATE: Ofahengaue has been rubbed out for the first two rounds of the season. Expect Carrigan to start at lock in his absence, all but locking in Flegler to the prop role.

Fifita averaged 56MPG and 54PPG in his second year in the NRL. His freakish ability gave Anthony Seibold no choice but to increase his role, with the back-rower playing the full 80-minutes for the final eight games of the season. During this time Fifita averaged 77PPG including monster efforts of 121 and 116 in Rounds 23 and 24. In those two Rounds he amassed a stunning 31 tackle breaks.

He scored at just below 1 point per minute last season so this figure complements the projected stats for 2020. The same average in the new season would see him rise to approximately $715k, which would put his starting price at around a $215k discount (optimistic but not impossible). Provided he plays an 80-minute role, Fifita looks to be one of the safest buys in the entire competition with enormous upside from Round 1. Get on…

What to do with TPJ? The man is made for SuperCoach, but his injury history and horrendous disciplinary record can see him rubbed out for a number of games at any stage of the year. He averaged 58PPG in 60MPG last season and looks a decent POD to start the year. While increased minutes help his case significantly, his PPM rises with fewer minutes on ground, so it’s not a necessity.

The logjam of forwards at the club does pose an issue on his minutes, along with his dodgy hamstrings, so he’s probably worth watching before initial price rises in Round 3. That being said, if you’re willing to throw the dice on TPJ it could pay big dividends.

UPDATE: It’s likely we’ll see TPJ start on an edge then shift to the middle at stages throughout the match to accommodate the loss of Matt Lodge. This could see an increase in minutes, bringing TPJ right into contention for Round 1 sides.

Joe O scored at an impressive 1.12PPM last season for an average of 48PPG in 43MPG. The emergence of a stellar crop of rookie forwards at the club means he was unlikely to see any serious increase in minutes, until the injury to Matt Lodge. Now, he’s worth some consideration.

This should see a fairly significant rise in game time for the middle man, perhaps 5-15 minutes, but it’s hard to know at this early stage.

Ofa is awkwardly priced at $449,500, so there’s obvious risk, but not without upside.

UPDATE: Ofahengaue has been rubbed out for the first two rounds of the season. Expect Patrick Carrigan to start at lock in his absence.

The former Titan is expected to beat out some stiff opposition to jag a wing spot. While tempting, he’s awkwardly priced and job security is an issue.

A serious SuperCoach form slump to end 2019 resulted in a hefty drop in average and therefore starting price for Oates. Oates averaged just 19PPG across his final six games of the season, taking his average to 46PPG, his lowest since 2015.

Oates’ knack for finding the try-line always makes him somewhat of a POD, but it’s the same reliance on scoring that makes him a high-risk purchase. If you’re a firm believer the Broncos are in for a big year, Oates is certainly an option, but it’s hard to make a case without seeing what the side can deliver early on.

Darius is a no-go in SuperCoach conversions, particularly with an expected move to the outside backs, pass.

Bird bounced back to form in 2019 with an average of 54PPG in nine games before he suffered yet another season-ending injury. Most impressive was his 32BPG, with just two tries and one assist contributing to his output.

Bird has always been thereabouts in the CTW conversation without ever really threatening the elite scorers. He could join them this season if he can maintain his base stats on return from injury. Despite this, at $500k and with a growing injury history he looks an avoid to begin the year until we see where he is at.

UPDATE: Bird appears to have jumped Isaako at the No.1 fullback option. While injury history will also be a concern with Bird, his running game should go through the roof at fullback. It’ll open up a mountain of tackle busts, making him a serious option for Round 1.

Staggs is an intriguing option having averaged just 70MPG in 2019 due to five appearances off the bench early in the year. Disregarding those games, Staggs averaged an impressive 55.6PPG for the season. It should be noted that this was inflated a touch due to 15 goals in Isaako’s absence.

Once really finding his feet in the top grade in the latter stages of the year, Staggs showed his brilliance and went on a SuperCoach tear. He averaged 71PPG in the final eight games of the year. He busts tackles, offloads, and has a reasonable base of 25PPG (expect this to increase with experience and confidence in 2020). Staggs has a big future in the game and looks a serious POD option despite the awkward starting price.

UPDATE: Isaako may not make the team for Round 1, with Bird likely to play fullback and Coates vying for a wing role. This would have massive ramifications for Staggs who would likely kick goals should Isaako miss out.

It’s hard to advocate Croft as a buy, but there is SuperCoach potential. In five games without Cameron Munster in the past two seasons he averaged a ridiculous 82.2PPG as the dominant playmaker.

This is enough to suggest he can offer something if given control of the side. The downside is he’s averaged just 45PPG in the past two years. He’s an avoid, but certainly one to keep an eye on in trials and the early stages of the season.