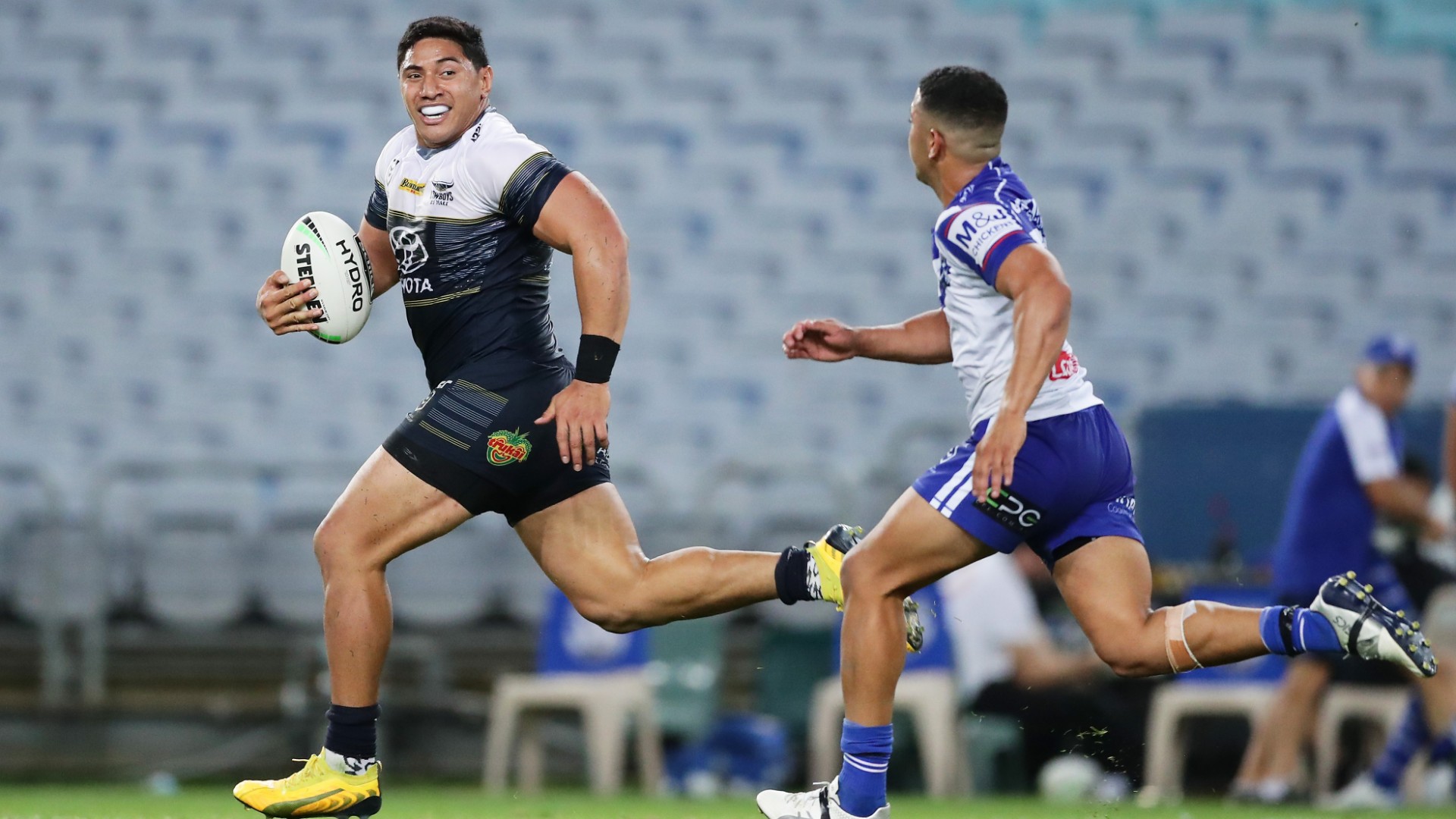 The Cowboys have made a promising start to the season, and are littered with SuperCoach potential across their squad.

There’s two ways to look at Holmes’ impressive return to the NRL. Either his early attacking statistics accrued are a sign he’s hit the ground running and can only improve, or he’s set for a regression in points should they dry up.

He’s fairly tough to assess, but his SuperCoach credentials are extremely promising and you couldn’t have asked for much more on return at a new club. He’s looked extremely sharp and is skinning players with his sweeping runs in the backline. However, he’s still likely not in the elite class of Teddy, Turbo or even Ponga, that’s probably still a season away.

His base of 22BPG is ordinary, which is where he lacks in comparison to his counterparts, however he does make up for that with goal-kicking duties. Those who jumped on would be thrilled with the purchase, but with a shortened season it’s advised to spend the extra cash on a bonafide season-long keeper.

I was bullish on Feldt when he was in the running for the goal-kicking duties, but couldn’t go near him when Holmes won the role. He’s been strong regardless, averaging 54PPG while boasting a serious 34BPG. He’s had 31 runs thus far, with just five being under 8m.

The Cowboys new-look backline has combined quicker than most anticipated, which is huge for Feldt on the end of the movements. Despite the impressive numbers he isn’t currently a buy, but he’ll be a major option if he jags the goal-kicking duties for any reason.

Hampton was the temptation most of us weren’t game to go near to start the year, but congrats to those who did. Two tries have propelled his average to 55 and a -37 breakeven, meaning huge price rises are imminent. His base of 25BPG is okay, and he looks fairly locked into the backline following a strong start to the year.

In seven 80-minute games last season at centre-wing he scored above 39 just once. In that time he had four scores under 24. He looks a great cash grab, which could be hefty if he continues to find the line. However, he is not a play in starting 17s under any circumstances.

Having scored eight tries in his eight games, Justin O’Neill averaged 57PPG last year, let that sink in. Without the tries, the scores have unsurprisingly dried up, averaging just 17PPG and sitting with a breakeven of 129. Pass.

It’s hard not to like what we’ve seen thus far from Marsters, but tread carefully before jumping on. He had a blistering 2018 season, then started strong in 2019, making him the must-have CTW. When most traded in, he hit the skids and was borderline unplayable for those stuck with him in teams for the backend of the season.

When relinquishing the goal-kicking duties, he averaged just 41.2PPG in the final nine rounds of the year. He’s now in a superior attacking outfit at the Cowboys and looks the goods. In Round 1 he had a ridiculous 23 runs and five offloads. His base across two rounds is a whopping 37BPG.

Signs are promising that he may return to his best SuperCoach form, but he’s hardly the must-have CTW many are tipping at this stage. With a breakeven of 24, and a 47 in his rolling average for a few weeks, we can afford to wait at least another week or two before locking in.

Drinkwater has hit expectations in his switch to five-eighth, setting up two tries and scoring one of his own in the opening rounds. His base of 21BPG is concerning, but the attacking stats are flowing. He looks a quick-fire cash grab on return, with upside should he continue to thrive in his new role.

It’ll all depend on how your personal halves combination is set up. Plenty of halves have started strong, so he’s not worth a sidewise trade for the likes of George Williams and Jarome Luai. But if you need to move on someone like Brandon Wakeham he appears a savvy investment, just don’t expect the big scores to continue.

Morgan is looking okay early, with one try-assist and three try-contributions to his name. His base of 32 is exceptional for a half, so he could figure in time, but we’d need to see more to warrant genuine consideration. Pass.

‘The Moose’ had a seriously impressive outing in his sole game against the Bulldogs. He scored 57 points, in 55 minutes, with 59 in base. He’s never been in the elite tier of SuperCoach forwards, but he’s certainly worth keeping an eye on with dual FRF-2RF status when the comp resumes.

He won’t get the minutes with the promising Reece Robson on the bench, pass.

McLean won’t get the minutes to come close to the elite FRF options in the game.

In an absolutely stacked 2RF position Cooper doesn’t register on the buy radar.

Hess is a guy with serious buy credentials on return. The fact he’s playing 80-minutes shows his major upside having averaged 58PPG in 2017 and 2018. In a high-scoring affair against the Dogs, he had a promising 48 in base. He has a huge ability to find the line which gives him a decent sized ceiling.

With a negative breakeven a price rise is inevitable. The major concern is that he’s averaging just 8.5 runs per game. He’s not a 2RF keeper even at his best, but if he can maintain his average he’ll make around $200k and prove a simple upgrade to a genuine gun. While unfortunately only available at 2RF, he’s well worth consideration for Round 3.

Little needs to be said about the Tongan wrecking-ball. The major stat here is that he’s averaging 73MPG, which very well may continue with player management less of a concern in a reduced season. He is obviously a must-have, and the only reason his buy rating for Round 3 isn’t higher is that he shouldn’t rise too significantly in value with a breakeven of 51.

There’s more pressing trades coming up with plenty of negative breakevens across the competition. That being said, you can’t argue with the move to get him in immediately.