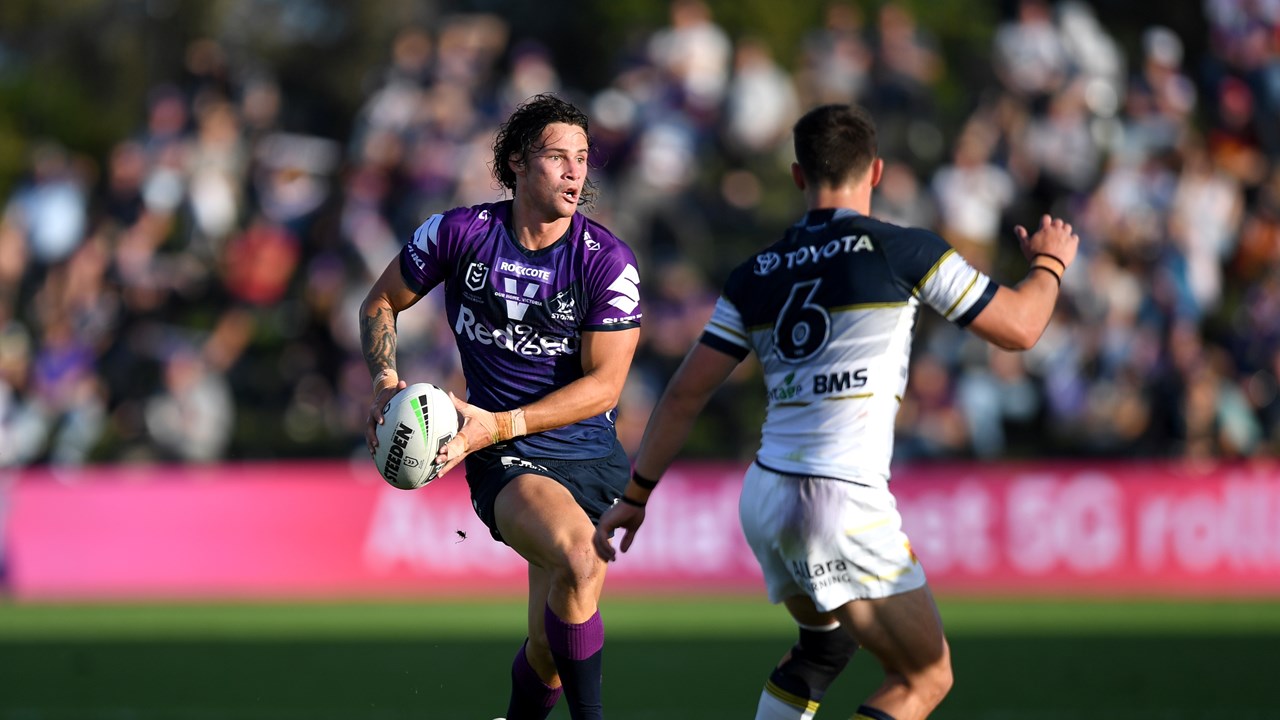 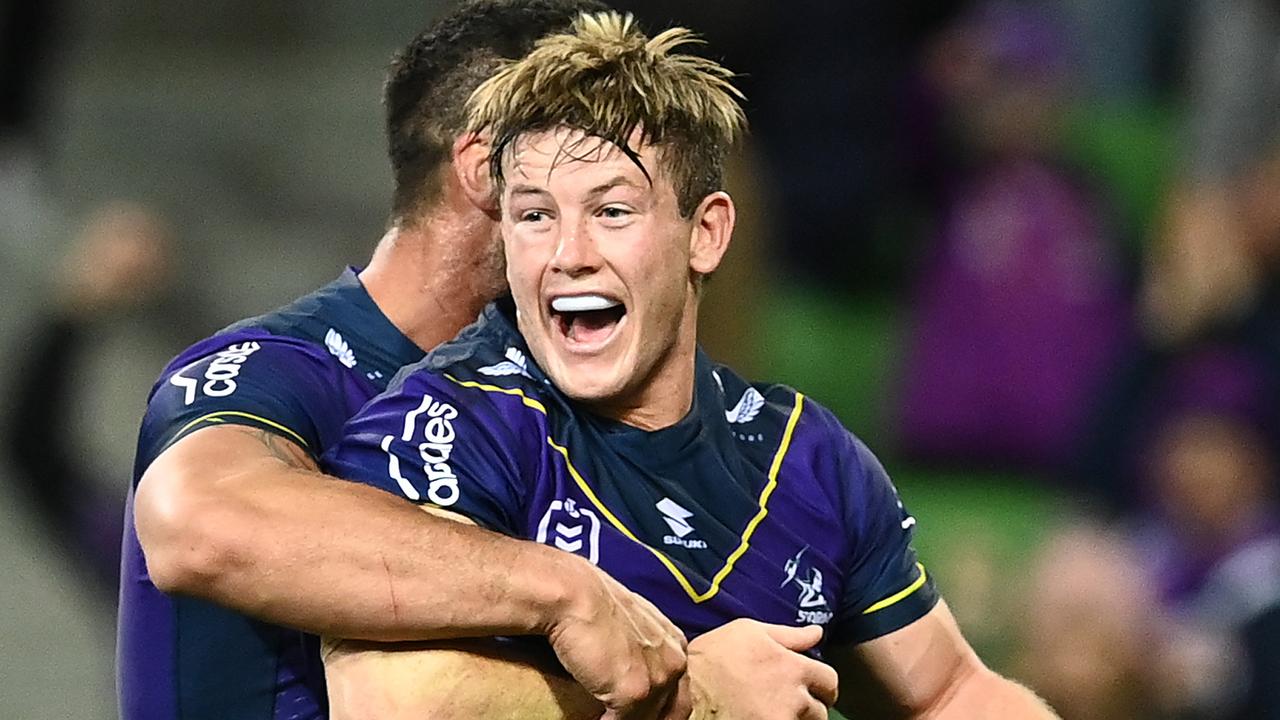 Round 4 came down to one key decision – captaincy choice. With so many mismatches there was always the potential for some big scores and no fewer than 12 players posted tons – none bigger than Ryan Papenhuyzen with a stunning 197.

Not surprisingly, those who captained Papenhuyzen surged up the rankings, so the shape of the leading teams actually looks quite a bit different this week.

Let’s go through the ownership of players in each position after round 4.

BREAK AWAY FROM THE PACK with Quantium, Australia’s premier data science and artificial intelligence company. Create your own career power play and join the team today. Visit our website for more information. CEO Adam Druissi is a contributor to SC Playbook.

What a difference a week makes. Suddenly those teams without Papenhuyzen have plummeted down the rankings. In fact, Papenhuyzen is now more owned by the top 20,000 teams than Teddy! 97% of the top 1,000 teams own Papenhuyzen – and 72% of those captained him last week.

I doubt we will see any change in fullback ownership levels now until origin or injury forces a change.

Teddy and Papenhuyzen are both must haves and as good as Latrell is, surely his owners will be scrambling to find a way to upgrade him. The return of Kalyn Ponga and Tom Turbo may create some interest as we approach Origin at least.

How frustrating is CTW this season?

Looking at the top 11 scoring CTWs so far this year, 7 of the top 11 are owned by just a handful of the top sides. Guys like Corey Thompson, Paul Momirovski, Jordan Rapana, Xavier Coates, Justin Olam and Dane Gagai barely feature in sides, yet all sit inside the top 11.

Despite this, his ownership proportion actually reduces for the higher ranked teams. So, 12% of the top 20,000 teams own B.Moz (vs 13% of overall teams) yet only 10% of the top 1,000 and 7% of the top 100 teams own him. That’s a bizarre stat. I know he’s expensive – especially now – but it’s interesting that owning the best scoring CTW by far is negatively correlated with ranking.

That’s not the case with Blake Ferguson and Brian To’o. Their ownership is heavily skewed towards the top teams and looking at the trade trends they will both surge in ownership this week.

David Nofoaluma will start looking relatively cheap in 2-3 week’s time. He could be a very handy POD if he can recapture last year’s form heading into the Round 13 bye round.

Not surprisingly, round 4 saw big changes at five-eighth. Josh Schuster has gone from 5% ownership amongst the top 5,000 teams to a massive 67%.

Five-eighth this week is a great example of how unhelpful the ownership stats are on the SuperCoach site. According to that site, 29% own Schuster and 20% own Matt Moylan.  That’s great, but amongst the top 20,000 teams (for example), 60% own Schuster and 11% own Moylan.

Tex Hoy’s owners will be looking afield this week. I’ve added Matt Burton to the table this week in anticipation that this time next week his ownership will be significantly higher than his current 0% amongst the top 20,000 teams.

As discussed last week, those teams stupid brave enough to trade out Nathan Cleary after round 2 either were forced to bring him straight back in or suffered the consequences in Round 4. In a game where Cleary was very quiet for the first 60 minutes, he racked up a ton for fun in the end against the Bulldogs and he is now owned by 96% of the top 10,000 teams.

How good did Sam Walker look on debut?! Whilst he won’t score 80+ every week, he looked like a very special player and with slim pickings at HFB outside of Nathan Cleary, barring injury I suspect almost every leading team will be running with the Cleary and Walker combo within two weeks.

Not surprisingly, the leading teams continue to be heavily biased towards ownership of David Fifita and Mitch Barnett – the two top scoring 2RFs after three rounds. As a non-owner of Fifita it’s killing me to watch him.

Taking a look at the top 8 scoring 2RFs reveals a couple of other dual position PODs – Ryan Sutton and Isaiah Papali’i. Both have been added to the analysis this week and both represent huge PODs. I’m not sure I could go there myself, but their dual position status makes them more interesting.

It’s been a weird changing of the guard at 2RF. You would think a guy like Cameron Murray would be ideally suited to the rule changes, yet he continues to disappoint from a SuperCoach perspective. At some point soon he is going to be a tempting upgrade for owners of a guy like Jordan Riki.

As per last week, there was not a huge amount of action at FRF last week in terms of player ownership.

Hooker has quickly come down to three players – Connor Watson, Jayden Brailey and Jacob Liddle. Whilst all three are performing very well, the highest scoring hooker is actually Reed Mahoney. His 372 points so far actually puts him 53 ahead of Brailey in second place.

Similar to Brett Morris earlier, however, his ownership is negatively correlated with ranking.  Tough school!

With the Storm taking on the Bulldogs, it’s hard to imagine any of those who captained Papenhuyzen last week moving away from him this week.

Even as a tragic Dogs supporter I have to go with him. I hate captaining a player against my own side, but he’s about as obvious as it gets! Hopefully that puts the kiss of death on the Storm and the Dogs win in a 6-4 thriller!

Good luck again to everyone in Round 5. Once again I’ll be at the Dogs v Storm game supporting the boys.