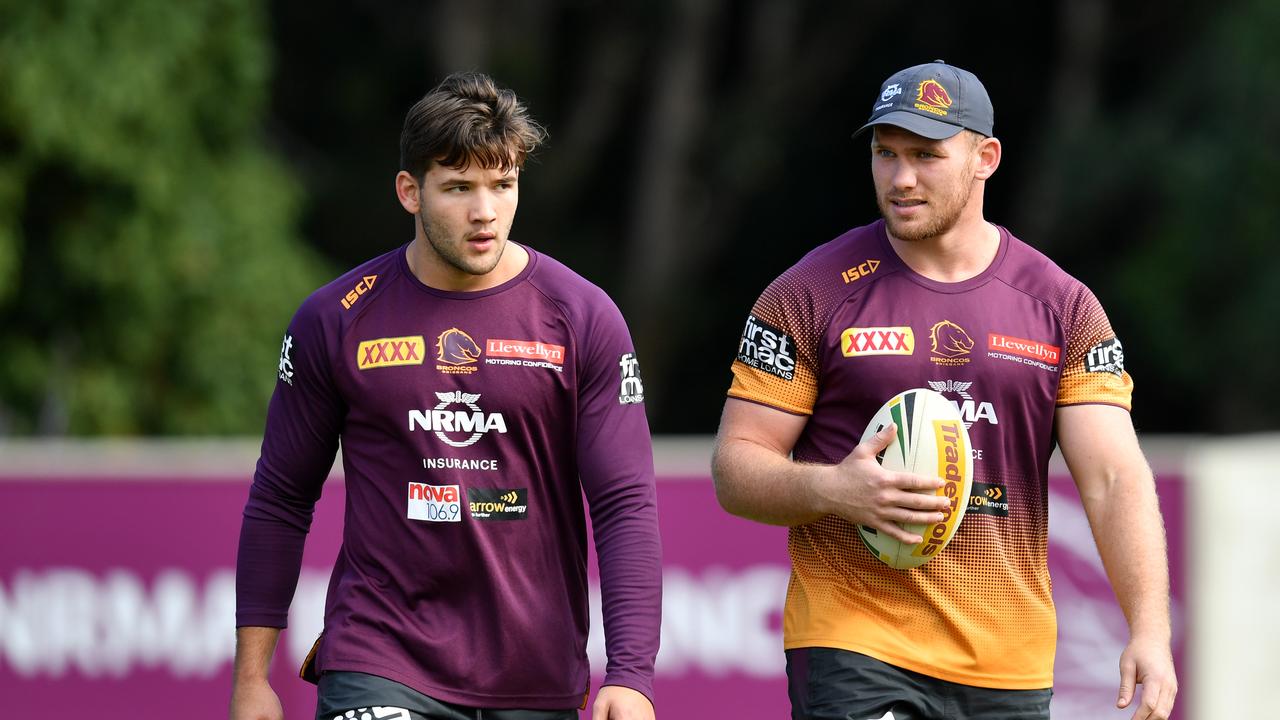 Matt Lodge will reportedly miss either the entire NRL season or an extended period after suffering a suspected ACL injury at training on Wednesday.

The blow to the key Broncos forward will have enormous SuperCoach ramifications on the entire pack.

It’s expected to solidify the minutes of a number of men, while opportunities should open up for others.

Obviously there will be a serious watch on the Brisbane trials as well as any word out of Red Hill from Anthony Seibold.

While plenty of uncertainty remains, here’s how we see Brisbane’s pack being impacted.

Firstly, what void will be left by Lodge?

Lodge averaged 57 minutes per game last season, while Seibold was happy to play his starting prop in excess of 60 minutes on many occasions.

Seibold has a preference for playing his best players, and props, for increased minutes should they be able to churn them out.

TPJ may come into major consideration as a result of the injury.

With David Fifita locked into one edge role, TPJ was vying for the starting role with veteran Alex Glenn.

TPJ recently stated his preference to play in the back-row rather than the middle.

Basically, Seibold now must decide if he moves Joe Ofahengaue to prop (he started the first six rounds there in 2020), to allow TPJ to start at lock.

It seems logical, although he has plenty of options in the pack to promote to the starting prop role.

It’s likely we’ll see the Tongan international start on an edge then shift to the middle at stages throughout the match.

With dual FRF/2RF status at an affordable $540,600k, he now warrants consideration as a result of the injury.

Starting lock role or not, Ofa was fairly irrelevant prior to Lodge’s injury due to the masses of front-row options in the side. Now, he’s worth some consideration.

He scored at an impressive 1.12PPM last season for an average of 48PPG in 43MPG.

This should see a fairly significant rise in game time for the middle man, perhaps 5-15 minutes, but it’s hard to know at this early stage.

Ofa is awkwardly priced at $449,500, so there’s obvious risk, but not without upside.

We won’t waste much time here, Haas was already in just about every side to start the year regardless.

It simply solidifies the fact he’ll maintain his 64MPG average from 2019, which is reassuring when you’re forking out $728k for a young bloke in his second serious year in the NRL.

Any doubts over Fifita’s 80-minute role should now be put to rest.

With TPJ likely in line to spend time in the middle, Fifita shouldn’t be taking a sit at any stage.

Both men look to be the major benefactors of the injury to Lodge.

They should both receive increased game time, while one of the two could start at prop should Seibold opt to keep Ofahengaue at lock.

Both players scored at a tick over 1PPM.

It’s hard to assess at this early stage, but we can only have a crack.

The easy option out of this for Seibold is to start captain Alex Glenn in the back-row, TPJ at lock and Ofahengaue at prop.

This may well be his decision, but let’s say TPJ stays on an edge with Joe O remaining at lock which is also a very viable solution.

This would open up a starting prop role, which would fall to either of the rookies in Carrigan or Flegler.

Carrigan is extremely highly regarded at Brisbane, but he’s not as big a body as Flegler.

Seibold will probably want to replace size with size, so Flegler probably starts.

Regardless of who is chosen, both Carrigan and Flegler would both likely play a minimum of 10-15 minutes extra.

TPJ may get an extra 5-10 minutes, although if his body holds up he could be in line for a serious increase.

Even if starting on an edge, it looks as though he’ll have to spend time in the middle to cover the minutes lost by Lodge.

Ofahengaue should also play an additional 10-15 minutes to help fill the void.

Regardless of who comes onto the bench remains fairly SuperCoach irrelevant as it’s hard to see them gaining enough minutes to earn any decent cash.

Keep an eye out for extremely highly regarded young Broncos prop (yep, another one), Ethan Bullemor.