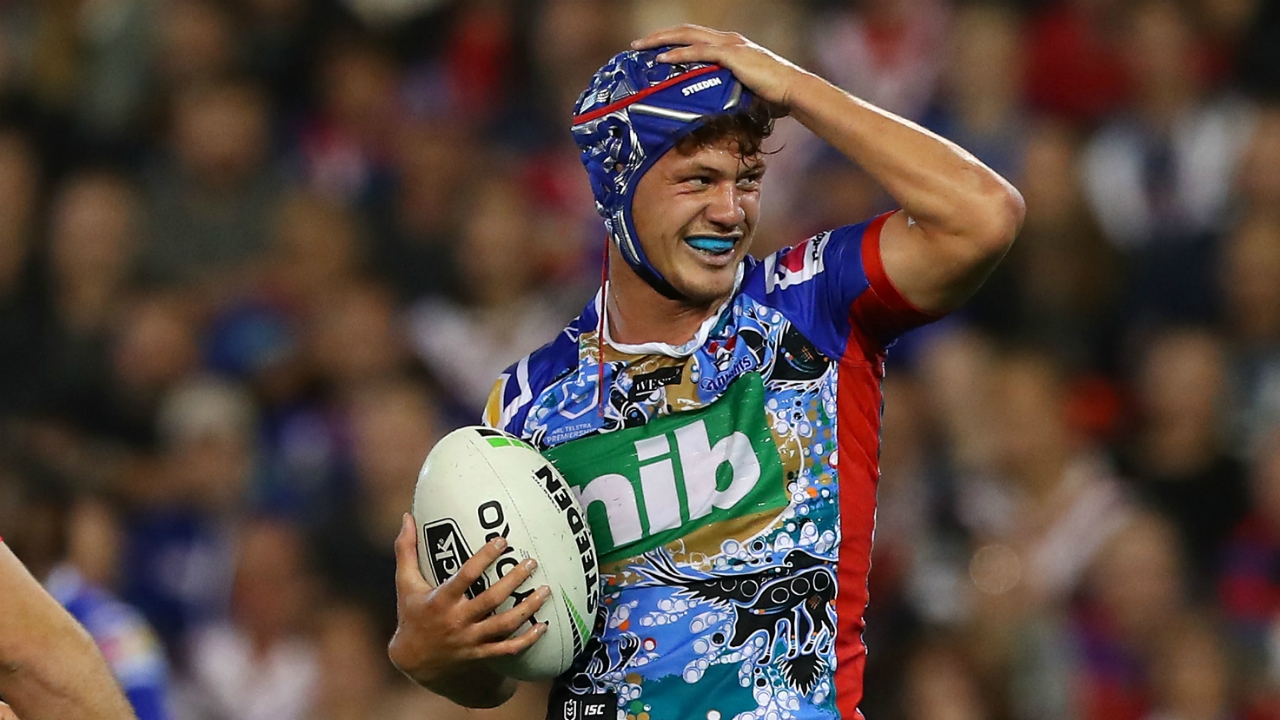 The fullback position alone is set to make-or-break the early stages of the SuperCoach season.

Major changes have resulted in an absolutely stacked position, yet coaches can fit just two stars into their round 1 team.

The logjam is so intense that many well credentialed coaches have superstar playmaker Kalyn Ponga struggling to make their top five.

Val Holmes returns from his NFL venture at a discounted price, Ryan Papenhuyzen is locked into an 80-minute role, Latrell Mitchell will see plenty more ball in the No.1 jumper, while the likes of James Tedesco and Tom Trbojevic face a tough task to match career-high seasons.

But if we take a greater look into Ponga’s numbers there’s a serious case to suggest he could be a very strong POD to start the year.

Ponga upped his 2018 average of 66PPG to 68PPG last season, with a few additional goal-kicking conversions making up the difference.

As it stands, Ponga is set to take on the fulltime goal-kicking role at the Knights with Kurt Mann tipped to edge Mason Lino as the club’s five-eighth.

Lino had 33 conversions last season at 84%, so if we add 30 of these conversions onto Ponga’s overall score – based on his 80% success rate – he would have upped his average to 74PPG.

Further to this, Ponga spent the first three games of the season out of position at five-eighth.

In 17 games at fullback he averaged 73PPG for the season.

It’s easy to pick and choose stats to make a case for buying a player, but leading into the final six games Ponga averaged 76.6PPG prior to the slide.

He’ll stay in his preferred fullback role, likely as fulltime goal-kicker, in a Newcastle side strongly tipped to improve on their 2019 performace.